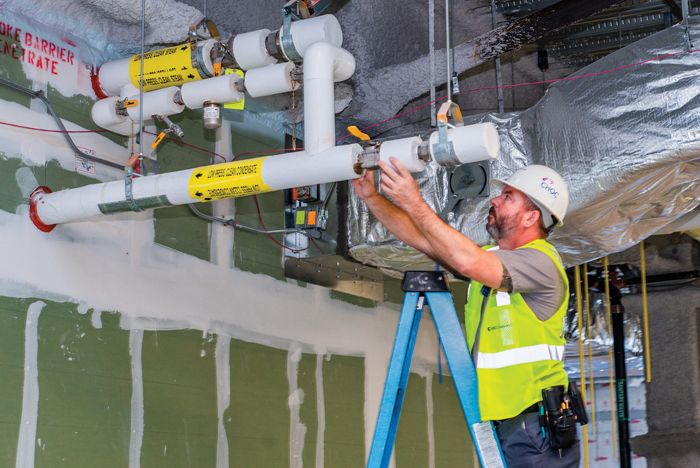 Although often unnoticed, the health care physical environment plays a critical role in keeping hospitals and other health care facilities safe. This special environment is heavily regulated by various codes and standards enforced by local, state and federal authorities. 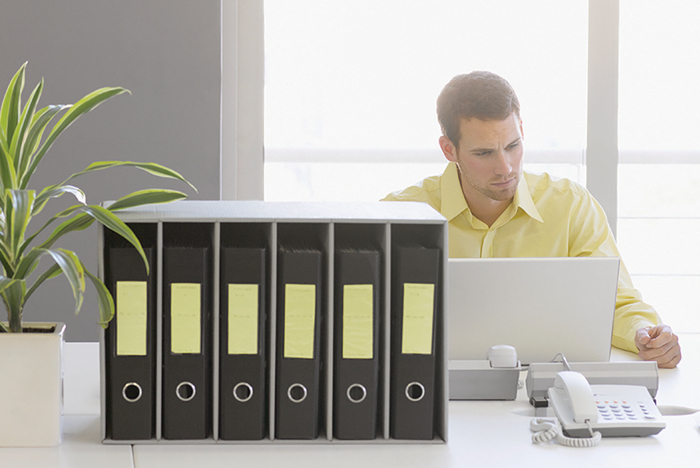 While regulations are a critical part of keeping patients, staff and visitors safe, health care codes and standards have a lot of room for improvement. They are often outdated, not based on science, conflict with one another or are poorly written, which leads to misinterpretation. Hospitals do not want to unnecessarily spend valuable resources on overlapping and conflicting codes, over-regulation, unjustified code enforcement and code misinterpretations.

In the current economic climate, hospitals and other health care facilities are looking for ways to redirect resources to improving care for patients. By refining codes — and reducing code conflicts — hospitals have the potential to focus more of their valuable resources on patient care.

The American Society for Health Care Engineering (ASHE) is a professional membership group of the American Hospital Association dedicated to optimizing the health care physical environment. More than 12,000 members rely on ASHE as a key source of professional development, information on the field and advocacy, including representation on key issues that affect their work in life safety and the environment of care.

One of the most significant developments was a partnership with the International Code Council (ICC), the standards development organization that manages the ICC collection of model building codes. ASHE and the ICC recognize the problems stemming from inconsistent and outdated codes and have partnered to create the ICC’s Committee on Healthcare (CHC). The ICC CHC is a diverse group that includes fire officials, architects, building officials, hospital leaders, facility managers, engineers and other interested parties from around the country.

The ICC CHC was formed in 2011 with the mission to “assess and amend the current ICC family of codes to ensure that these requirements are appropriate to the special safety risks that exist within hospitals and ambulatory surgery facilities.”

Originally an ad hoc committee, the group later was converted to a standing committee. The CHC consists of a diverse group of owners, designers and enforcement agents who bring their unique perspective to the development of the future regulatory environment.

The proposals from this committee have been widely successful in promoting consistency among federal, state and local enforcement. The committee has also tested some of the long-standing “givens” in the rules and led the effort to bring current data and practice to create codes that respond to today’s challenges.

The ICC code-development process is divided into three-year cycles, which culminate in a new edition of the codes. The current cycle will result in the 2021 edition of the ICC family of codes.

As with previous cycles, much of the work has focused on parity between the federal Medicare certification requirements and the ICC’s International Building Code (IBC) and International Fire Code (IFC).

In 2016, the Centers for Medicare & Medicaid Services (CMS) adopted new fire and life-safety requirements. These included references to the 2012 edition of the National Fire Protection Association’s NFPA 101, Life Safety Code®, and NFPA 99, Health Care Facilities Code. The CHC used the fire and life-safety survey as a tool to divide the work among the topical work groups.

The general/egress, fire safety and mechanical work groups have worked diligently to identify inconsistencies and propose resolutions. Ultimately, about 80 code-change proposals were submitted for consideration to the council. Several major themes emerged:

The current cycle is only halfway complete, but the majority of the committee’s changes already have been accepted.

There are many significant changes to the 2021 IBC and IFC, which further strengthen alignment with the other codes and standards against which health care facilities are regulated.

Many fire-code changes brought tighter alignment with the current version of NFPA 99, including sections to align maintenance of gas systems and standby power requirements.

Important work was also completed to more tightly align with the CMS inspection criteria, or K-Tags. In the building code, contemporary construction methods were also aligned, including some long-standing conflicts between the IBC and Life Safety Code.

An important change made to the application of NFPA 99 includes the use, testing and labeling of medical gas systems and equipment. In several locations of the code, the reference to NFPA 99’s requirements were added to provide a more direct reference. NFPA 99 has been referenced before into the IFC, so expanding the references is a logical next step. For medical gas systems, language was added to more directly describe the maintenance and labeling of the equipment, as opposed to the design.

NFPA 99 is set up more as a maintenance document for hospitals to follow, and the IFC has a similar mission as a tool for a fire inspector to see minimum safety requirements, leaving the construction requirements to IBC. Cleaning up maintenance and labeling conflicts is an important aspect for facilities to satisfy both their local fire departments and their state departments of health, CMS or deeming authority.

Inspection and testing requirements of emergency and standby power systems per NFPA 99 were added into the IFC to Section 907.1, via reference to NFPA 25, Standard for the Inspection, Testing, and Maintenance of Water-Based Fire Protection Systems, and NFPA 72, National Fire Alarm and Signaling Code®. The change to allow outage of 10 hours or less is important to the constant work hospitals do. The 10-hour allowance accounts for one shift during the day and time to fully restore any system.

This change relieves an important reporting burden for a hospital and streamlines notification to a fire company and local government so they are not inundated with notifications on a daily basis. It is important to note that only the reporting requirement was relieved, and not the presence of fire-watch and other interim life-safety measures during the impairment of systems such as emergency power and approved automatic-sprinkler systems.

Coordination of fire safety, evacuation and lockdown plans for groups I-1, I-2, I-3 and R-4 occupancies as well as ambulatory care facilities allows for the timing of fire drills to not be “unexpected time and under varying conditions.” This important alignment to federal standards is a key operational issue, since emergency response is a tremendous focus for any hospital. Natural disaster, weather emergency and active-shooter incidents are examples of the many situations that may affect hospital operations.

Having regulatory coordination through conditions of participation and local codes is critical to planning emergency operations along all buildings in a health system. Including the building types that house hospitals, ambulatory care and even residential care gives an organization flexibility for planning emergency response among varying facilities, which makes the organization ready for any type of emergency.

Other K-Tag alignment includes clearer reference for domestic-cooking equipment and requirements in therapy areas or in assisted-living facilities (K324), definition of smoke compartments and their boundaries (K372), and controlled egress and locking arrangement allowances in cognitive and behavioral areas and in newborn nurseries (K222). There are also important changes to the IBC for this cycle. A significant issue in the code for all building types is the allowance for tall, wood structures, with the introduction of a Type IV-HT (heavy timber) category. This poses a conflict with the building type allowances as set forth by CMS. The CHC saw mixed results when trying to address issues with the Group I-2 building type, particular for the Condition 2 hospitals. Other code changes related to heavy timber were monitored by the CHC, and each broke in favor of the Group I-2 type; there are still allowances in the building-type Table 504.4 that conflict with CMS requirements.

One long-standing conflict that has existed since the early 1990s is dampers in ductwork in fully sprinklered hospital buildings. In the 2021 cycle, the definition of fully ducted aligns more with the proper field installations per construction standards and, in turn, allows a duct penetrating a smoke barrier in a fully sprinklered building not to have a smoke damper. This last group of changes, or ones that were defeated, finally create alignment between the I-codes and the federal standard with regard to use of dampers in a fully ducted system.

In terms of health care buildings, results were very good when it came to accessibility requirements as defined in Chapter 11 of the IBC. For toileting and bathing, further alignment came to the ICC A117.1 standard and the 2010 ADA standard, and the requirement for permanently installed folding or fixed seats was removed from the code.

Also, depending on type of space, the percentage of accessible rooms on the unit was adjusted. In rehabilitation and medical-surgical units, not more than 50 percent of the water closet and roll-in showers are required to comply with ICC A117.1. For nursing homes, the percentage is 90 percent. Other successes in the IBC are for dead-end corridor allowances for non-patient sleeping rooms, and important alignment with fire-code officials regarding the use of relocatable power taps, which is also an important contemporary issue.

Despite the successes, there still remain some items where the IBC and IFC are out of alignment, which means facilities still must deal with their local officials or the most restrictive requirement. In addition to tall, wood buildings, these areas include high-rise requirements for storage of gases in Group I-2 occupancies, and general maximum allowable quantities requirements of chemicals in clinical laboratories.

Although improvements have been made, ASHE’s strategic initiative of a unified code for hospitals is still a work in progress that has a long way to go.

By sharing a few of the specific recent accomplishments, ASHE can encourage greater participation in this vital initiative. The goal of creating streamlined, science-based codes and standards requires support from people in a wide variety of professions.

ASHE encourages health facility professionals to become more involved in the code-development process by developing a collaborative relationship with their local officials. Creating opportunities to talk with potential advocates is an important step in the advocacy process.

Another pathway for participation is the ASHE Advocacy Highway, which can be accessed at www.ashe.org/advocacyhighway. This was created as a two-way means of communication on advocacy issues, allowing local issues to quickly gain national attention when needed and allowing chapters to become more engaged in setting national codes and standards.

To help collect information from around the country, ASHE has developed a page on its website that people can use to inform ASHE about code interpretations and other advocacy issues affecting them. ASHE also urges local advocacy liaisons to engage with their local authorities and network with potential advocates.

“This information helps build the case for uniformly applied and interpreted codes for health care facilities,” according to Woodin. “That accomplishment could potentially save our field a huge amount of resources that could go toward hospitals’ first priority — patient care.”

Jeffrey T. O’Neill, ACHA, CHFM, is senior director of facilities at Penn Medicine’s Pennsylvania Hospital, Philadelphia; and John Williams works for Construction Review Services at the Washington State Department of Health, Tumwater, Wash. They can be reached at jeff.oneill@uphs.upenn.edu and john.williams@doh.wa.gov.

Updates on ASHE's efforts to reduce duplication and conflicts in health care regulations.

It's important not to overlook key directives that explain how new codes should be applied.