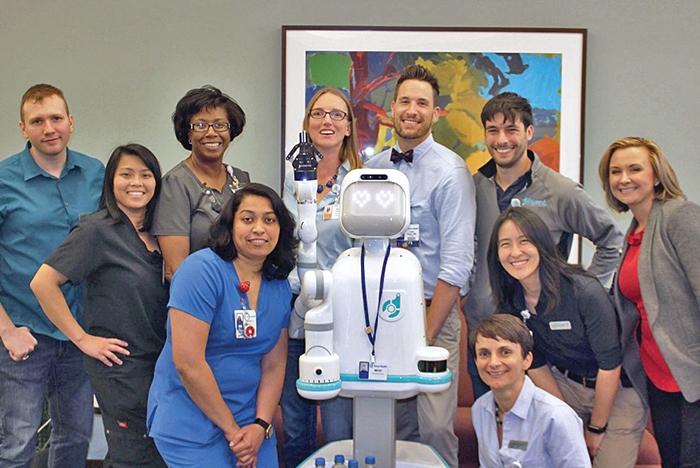 Nursing staff say that Moxi became part of the team during a monthlong project.

Moxi was brought in last September for a meet-and-greet with clinical staff in the hospital’s neurology and stroke unit, and began its monthlong, 24/7 shift in October. During the pilot project, Moxi helped with nonpatient fetch-and-gather tasks, such as delivering admissions kits and lab specimens, and picking up and dropping off linen bags, allowing nurses to spend more time in direct patient care.

The purpose of the project was to assess the technology’s usefulness in assisting clinical staff and evaluate making it a permanent piece of patient care in the future.

While at Texas Health Dallas, Moxi moved autonomously through the hospital and used an arm to pick up and deliver objects to nurses, like when it dropped off supplies to nurses who were caring for a patient in isolation. Being able to call Moxi for help allowed the nurses to stay inside their isolation gear.

Although the pilot has ended, a spokesperson for Texas Health Dallas says that Diligent Robotics is evaluating data collected during the project to determine what the future holds for Moxi and Texas Health Resources.

The program has helped the WVU Heart and Vascular Institute recruit nurses from across the region.

Does your health care facility use automated disinfection technology to enhance cleaning protocols?