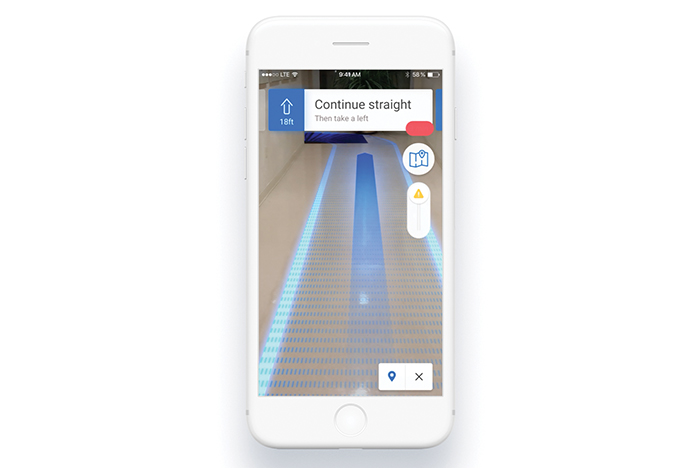 Students at RIT spent a semester working on ideas for an AR-embedded wayfinding app for a local hospital.

Rochester (N.Y) Regional Hospital often partners with students at the Rochester Institute for Technology (RIT) to assist on projects that not only bring valuable insight to the health system but also real-world working experience to the students.

Miguel Cardona, a professor at the school, says his class was given a simple prompt that required a lot of fine-tuning to be compatible with the health care environment.

“This was a project heavily influenced by the hospital actively working to push wayfinding forward,” Cardona says. “They needed a way to showcase different opportunities and to really understand what their goals and ambitions are. So, they came to us and said, ‘Get an arrow on the ground,’ which is very simple. But when you think in terms of the hospital space, there are unique things in play.”

For one, Health Insurance Portability and Accountability Act, or HIPAA, standards are a major concern. Although AR opens new opportunities for immersive wayfinding, people walking around with smartphones tracking their real-world surroundings pose privacy challenges. Some students designed features that could automatically blur the screen upon stepping inside a patient room. Others put in patient privacy features that only allowed the app to work when facing the ground rather than held up. Another solution was to deactivate the camera and screengrab features when the app was in use to avoid picture taking.

Students Aditi Khazanchi and Haley King wanted an app that was friendly to a neuro-diverse community. Rather than burying integrated assistive device options deep into the settings, they made those features transparent and placed prominently on the home screen. The app also featured simple landmark-based directions. Other students designed apps to highlight which elevator buttons to press to overcome linguistic barriers.

Cardona says the hospital has taken many of the findings for its internal development, and the students have taken away many lessons, as well.

“There is a discovery phase where students challenge their assumptions,” he says. “So much about design is about redefining the problem.”

Students take on design and construction challenge at PDC Summit

Architecture, engineering, construction and nursing students collaborate to create a neighborhood hospital concept for one of Nashville's up-and-coming areas.

Hospital launches app to assist visitors in finding their way