Hospitals can play a key role in decarbonization discussions

As health care systems travel along the path to becoming more green, governments at all levels are nudging — or forcing — them along. Sometimes the regulations created by those governing bodies provide an impetus to advance an initiative, and sometimes they create stress or confusion. 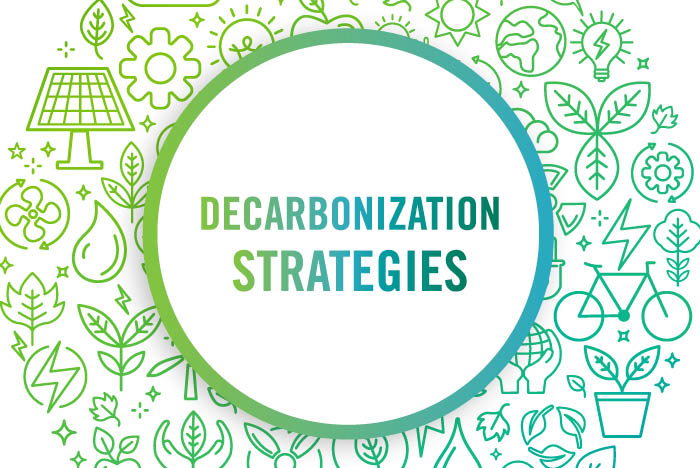 Reaching the next level of decarbonization

“A lot of jurisdictions are passing targets and holding commercial buildings accountable for saving energy and/or carbon,” says Kara Brooks, LEED AP BD+C, senior associate director of sustainability for the American Society for Health Care Engineering. “Health systems are planning for how they’re going to react to these regulations and be proactive toward them.”

Mark Howell, senior associate director for hospital standards and drug policy for the American Hospital Association (AHA), explains that the AHA is involved in conversations with regulators at multiple levels to try to understand what hospitals should expect and how the field itself can influence those regulations.

One issue is that sometimes rules or policies from different governmental bodies are difficult to reconcile. For example, Howell notes that there has been a lot of conversation surrounding the reuse of surgical supplies, which would keep some waste out of landfills. “But there are a handful of rules in place that prevent that,” he says. “We would like to make changes in that space that will not impact the quality or safety of a procedure, but some conflicting requirements get in the way.”

It is essential for the hospital field to get involved in these discussions as soon as possible, Howell says. The AHA is working to understand the web of regulations being promulgated and laying the groundwork to influence them.

“If you’re not thinking about the potential impact on your industry, you’re probably missing an opportunity to help shape that conversation and guide it down the right path,” he says. “We want to make sure there’s a benefit to the environment without the underlying negative impact on the way hospitals have to conduct themselves.”

Nonclinical staff can play a key role in customer service