The Monroe Carell Jr. Children’s Hospital at Vanderbilt University Medical Center (VUMC) in Nashville, Tenn., is middle Tennessee’s only free-standing children’s hospital and the region’s sole comprehensive, nonprofit pediatric health care provider. Considering that Nashville and its surrounding suburbs have increased in population by nearly 21% over the past 10 years, VUMC recognized that this hospital needed to correspondingly expand in size and scope. 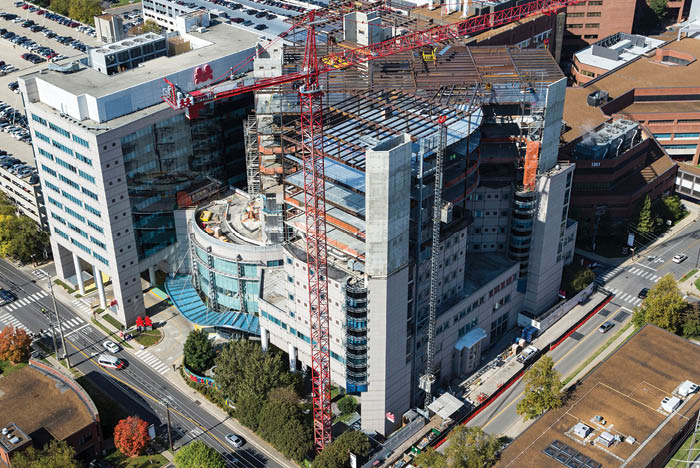 Hence, a 250,000-square-foot vertical expansion and renovation of the hospital was announced, with the goals of consolidating programs geographically to improve staff efficiency and providing flexibility to adapt and expand programmatic areas as needed.

The renovation project involved adding four new inpatient floors on top of the hospital’s existing nine-story structure, with two of the floors being fully fit-out and the other two floors comprising shell space. Two new elevators were cut in from the main lobby to the penthouse of the new addition. Additionally, substantial renovations occurred in the existing hospital below the expansion.

Once completed, the new floors upped inpatient bed capacity from 261 to 337, and the total footprint of the renovated hospital spanned more than 1 million square feet.

Bobby Otten, senior director of planning, design and construction for Vanderbilt University Medical Center, explains that the new 10th floor is a 38-bed unit designated for cardiac care, uniting all cardiology-related specialties onto one floor and providing ample space in each room for overnight family stays. 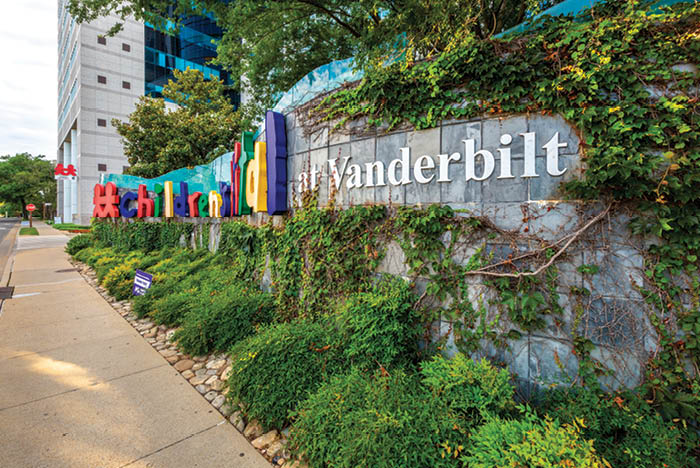 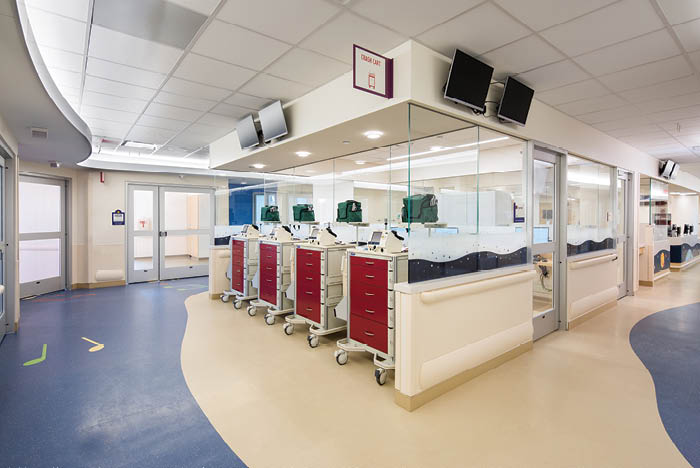 “The project plan called for over 500,000 work hours to be completed working in an operational hospital that treats more than 270,000 pediatric outpatients annually,” Otten says.

The team collaborated closely on several key items for seamless facility performance. For example, roofers, on-site every day, made immediate patches when cuts in the roof were made, and temporary roofing was put in where larger openings were created. Additionally, to reduce noise disturbance, self-consolidating concrete was used for the shear walls, and workers utilized water drills. And to utilize the roof as a work area, the team had to remove and temporarily relocate the roof helipad to a nearby parking lot on the VUMC campus. 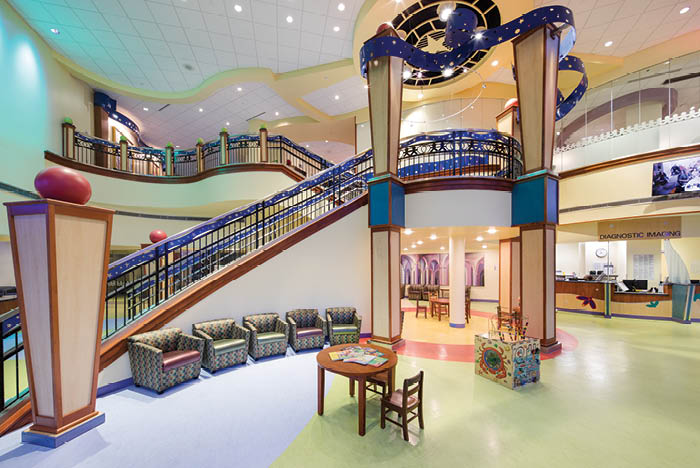 Everyone involved is thrilled with the results. “Over the past four years, our group tackled each challenge with teamwork while keeping what was the best solution for the children in mind,” Otten says. “Feedback from the patients and staff has been positive.”

Otten and his colleagues feel honored to be named Vista Award winners in the renovation category. “We understand that there are many exceptional addition and renovation projects in the U.S.,” he says. “Our team is appreciative and humbled by this recognition.”