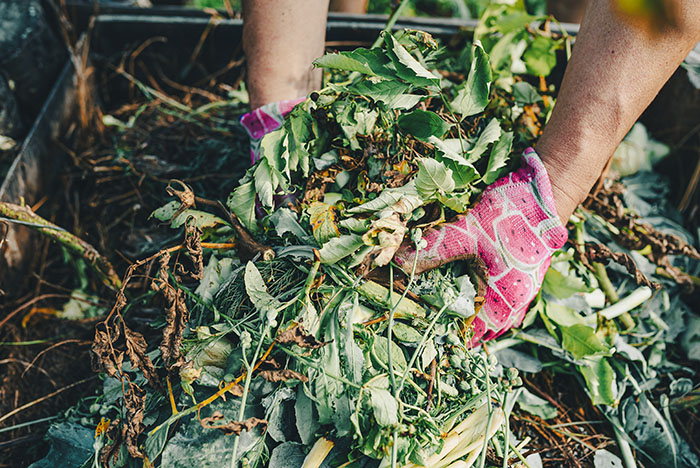 The University of Illinois Hospital has kept more than 100 tons of food scraps out of landfills since 2018 thanks to its composting program.

Food waste at the University of Illinois Hospital, part of UI Health, used to go into garbage cans. It would end up in the local landfill, where it would break down over 30 years and produce methane, a greenhouse gas that contributes to global climate change.

Now it gets composted instead — tons of it each month — as part of the health system’s larger sustainability initiative.

Since launching this program in 2018, more than 100 tons of food scraps from the hospital have been kept out of the landfill. Instead, nearby residents with gardens and greenhouses use the compost to enrich their soil.

Mary Niewinski, director of clinical nutrition and director of food and cafeteria services at UI Health, was able to share the program with other hospitals when she was asked to address the topic at a recent sustainability conference.

“I got asked to speak after they sent out a survey to different hospitals,” Niewinski recalled. “I was floored to find out that nobody else [in the group] was doing the composting. I said, ‘We have to do a good job, because we’re kind of leading the pack on this.’”

Although Niewinski has been overseeing food and cafeteria services at UI Health for the past eight years, she is quick to acknowledge that the composting program is a team effort.

It was launched by the hospital’s sustainability office and its green team, which looks for ways that UI Health can help the environment. The green team has collaborated with partners such as Collective Resources Compost, a food scrap hauling company based in Evanston, Ill.; and the University of Illinois Chicago office of sustainability.

The hospital has one large kitchen that serves its cafeteria and room service to patients’ hospital rooms. Each month, 2 to 5 tons of food scraps get hauled away to be composted.

• What gets recycled — Cans, plastic bottles and newspaper.

Niewinski’s advice for any health care organizations that are considering this: “It’s not hard. It just takes a purposeful decision to do it.”

The center’s recently completed renovation and addition respond to the needs of its growing Pennsylvania community.