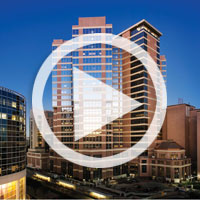 These projects represent what "can happen if you go back to the basics of teamwork — if you assemble the proper team that understands the vision, the complexity and the endgame," says Mark Hope, PE, principal-in-charge and project manager for HPD Engineers Inc., engineers on the South Georgia Medical Center infrastructure project.

Janet Sisolak, director for major capital projects at The University of Texas MD Anderson Cancer Center and owner's project director for the Alkek Tower expansion, says teamwork is paramount to health care design and construction. "That's what made this project successful," she says. "The team took the time up front to meet and understand what the issues were. They weren't just building a building. Everyone had a complete understanding of what the goal was."

Despite a hurricane, emergency surgery and the challenges of placing a construction site in the midst of a functioning hospital, these teams pulled together to demonstrate fiscal responsibility, design excellence and skilled artistry — all in the service of outstanding patient care. Congratulations to this year's winners! This Vista award is presented to an organization that has constructed a new facility essentially from the ground up. The new facility may be connected to an existing facility, but the building must have its own identity and be a new space.

The design-build team for the Alkek Tower expansion at The University of Texas MD Anderson Cancer Center used creative design, engineering and construction techniques to create additional floor space out of thin air.

The existing Alkek Hospital, which opened in 1998, was clad in six- to eight-inch thick precast concrete; the building's foundation could not support the continued use of this material for the expansion because of its weight. The team solved this problem by using a steel frame and one-inch thick glass fiber-reinforced concrete. This material mimics the look of the original precast, but is much lighter, allowing the construction of additional floors. The building was further expanded by cantilevering the floorplate over the corners of the existing facility, providing space for more, and larger, patient rooms on each floor.

Norman Morgan, AIA, principal-in-charge at HKS, who worked as a young designer on the original Alkek Hospital, says this project was "very, very much a collaborative effort," among the owner, architects, engineers and builders. "It took a lot of creative solutions," he says.
To minimize disruptions on active patient floors during construction, the team decommissioned the 12th floor to serve as a noise buffer. It also worked with nurses and patients to develop a system for completing loud work in short increments, with 15 minutes on, then 15 minutes off.
When Hurricane Ike struck near Houston in the midst of the project, McCarthy supplied a five-person team to ride out the hurricane at the hospital, monitoring storm damage and correcting problems as they occurred. Thanks to this type of dedication, the team reports, the project was back on schedule within three days, less than half the time it took most other city construction work to resume after the storm. This award is presented to an organization that has altered existing conditions or added new space to existing structures. The original building envelope must remain essentially intact.

Penrose Hospital's Level II trauma center could close no more than three exam rooms at a time for renovation, so the project team divided the job into 10 phases that were completed and opened in sequence. "We had to demo an area, build it, and then start seeing patients in there, so we could go demo another area," explains Sean Mulholland, construction manager, Penrose-St. Francis Health Services. The team worked closely with state and local building agencies to coordinate phased occupancy.

Communication and planning were important to the project's success. Before renovation started, the team created a risk matrix of issues that might arise during construction, from a massive influx of patients to a breakdown of the phone system, and outlined how each would be handled. Each morning, the nurse manager and construction staff met to discuss the day's upcoming work.

Paul Reu, project manager, RTA Architects, says the design was planned to accommodate ongoing construction activities. For example, the new porte cochere entrance was offset from the existing entry, so builders could work overhead without impeding access to the facility. The design also provided measures to ensure that a secure medication room was maintained throughout all phases of the project.

Private rooms, a fast-track design and improved infrastructure have created a better experience for patients, says Mulholland. "We've all gone to the ED, we know what it's like, so it's easy to sympathize," he says. "The whole team was focused on the question, 'What can we do to make this better for the patient?'" This award is presented to an organization that has modified or replaced major portions of a facility's utility generation, distribution or control systems. This type of project involves significant project planning.

The HVAC system for the operating rooms at South Georgia Medical Center (SGMC) has been upgraded to meet the specific needs of surgeons, anesthesiologists and facilities personnel. Controlled by touchscreens in each OR, the system takes no more than 15 minutes to adjust room conditions between 70 degrees (optimal for anesthesiologists to assess patients pre- and postsurgery) and 62 degrees (optimal for the start of surgery), while maintaining a relative humidity of less than 50 percent. To determine system requirements, the project team consulted with medical professionals and hospital staff. "They were part of the design," says Terry Havard, director of facilities, SGMC.

An "unoccupied mode" resets the temperature and humidity levels when ORs are not in use. Dual air tunnels in each of the system's two custom air handling units supply support areas with standard temperatures while colder air is delivered to the ORs.
Installation of the air handling units in the hospital's existing basement fan room involved clearances of less than one inch. "One person can work on a Swiss watch; it took a tremendous team in order to put this together," says Mark Hope, PE, principal-in-charge, project manager, HPD.

The complex project required an intensive coordination effort; the schedule devoted 15 months of pre-planning for five months of construction, integrating the infrastructure upgrade with both ongoing hospital operations and a concurrent bed tower construction project. "Most projects have months and years on the schedule. We were scheduling this by the hour," says James J. Scruggs, CEO of Valdosta Mechanical Co. Many of those hours were in the middle of the night, to accommodate surgical schedules.

During construction, only half the hospital's ORs were closed at a time. To maintain a sterile environment in the ORs that were in use, the team worked with SGMC infection prevention and environmental services professionals. James J. Scruggs Jr., president of Valdosta Mechanical Co., had an unexpected opportunity to test the team's infection control measures when he underwent a successful emergency surgery at the hospital during the project. "I guess we did pretty well!" he jokes.

Amy Eagle is a freelance health care writer based in the Chicago area and is a frequent contributor to Health Facilities Management.

Army hospital goes above call of duty in sustainable design

Light from above kills bacteria in hospitals