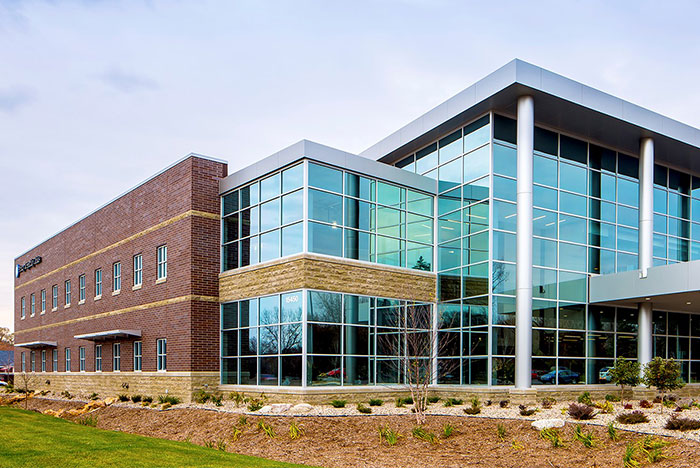 Facilities such as the Minnetonka Medical Center, Minnetonka, Minn., which opened in 2014, for now remain a desirable option for health care systems and third-party developers.

For the time being, uncertainty over the future of the Affordable Care Act is failing to slow a robust market for the development of medical office buildings (MOBs) and other outpatient facilities in the U.S.

But that could change over time after projects in the pipeline are completed, predicts health care real estate data specialist Revista, Arnold, Md.

“Uncertainties surrounding the ACA and health care changes under the Trump administration will very likely make providers and developers more cautious moving forward, but those effects won’t be seen in the construction data for a few quarters because of lead time,” says Hilda Martin, principal, Revista.

The trend for outpatient facility construction appears to be continuing on an upward trend in 2017 despite the wrangling in Congress over what shape health care should take, Martin says.

“There is an uptick in expected MOB deliveries for 2017,” she says. “If everything scheduled to open in 2017 opens on time — about 22.5 million square feet — it would be roughly a 30 percent increase in square feet delivered over last year.”

Several factors are driving the continued surge in the development of new outpatient facilities, including the ongoing efforts of health systems to bring clinical services closer to patients, Martin explains.

“There has been a continuing movement out into the community to make health care services more accessible and to build on or maintain the market share of systems, hospitals and providers,” she says.

“For many hospitals, they need to keep costs down, and moving whatever cases they can to an outpatient setting makes sense. With this comes the need for more outpatient space,” she notes.

An increase in the number of insured persons also has created demand for more outpatient facilities, but that may change depending on the future of health care, she says. “There are currently many more insureds than in years past due to the ACA. It remains to be seen if this will continue to be the case.”

Revista and HREI collected and verified data on outpatient development projects started or completed in 2016 that exceeded $2.5 million in value and that included at least 5,000 square feet of new or renovated space. Data were gathered using surveys completed by the developers, as well as other sources.

New solutions in the market are helping EVS departments provide a clean and safe environment.