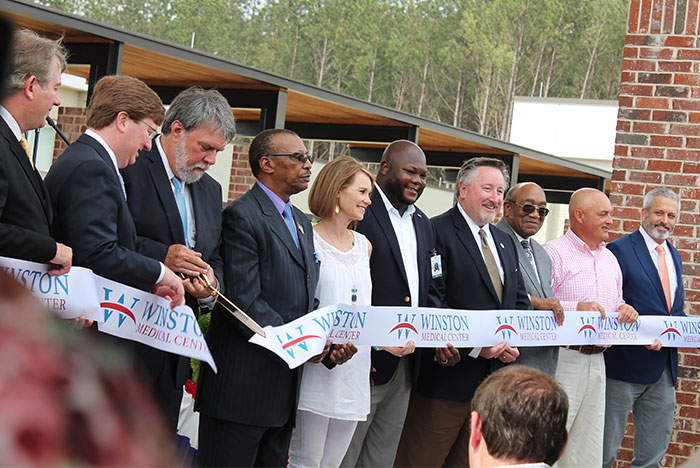 Leaders of Winston Medical Center celebrate the opening of its new hospital, which opened three years after its previous facility was destroyed by a tornado.

Winston Medical Center, Louisville, Miss., opened a brand-new hospital to replace its previous building that was devastated by an EF4 tornado in 2014. The hospital celebrated its grand opening April 28, exactly three years from the date the tornado hit.

However, during the design and construction of its $55 million replacement facility, the small, rural hospital never shut its doors. Instead, the last three years have been a test in resiliency.

As terrible winds exploded windows, tore down walls and ripped doors from their hinges during the 2014 storm, the hospital staff put their emergency preparedness training to use and blocked entrances, turned hallways into triage stations and used storage areas as treatment rooms. The hospital also made sure that all 125 patients, visitors and staff who were in the building at the time stayed alive and well. Only a few injuries were reported.

After the storm, which hit a 34-mile stretch of Mississippi, subsided, the hospital operated from tent units for 11 months. Next came its transitional facility comprising modular trailers that opened in April 2015. 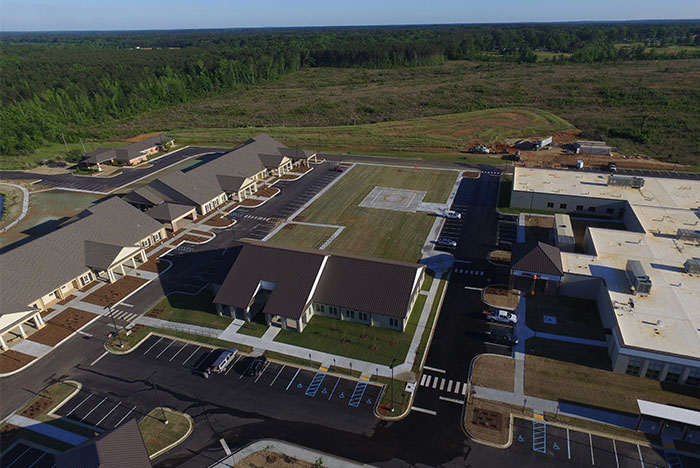 The $55 million rural hospital is the only hospital in its county within a 30-mile radius.

“The last three years have been an exercise in dedication, adaptability and hard work,” says Paul Black, CEO. “We now know without a doubt, that the people who work here are truly what makes Winston Medical Center great. This reopening is our response to tragedy. I hope that our new hospital will bring peace of mind and healing to this chapter of our lives. The tornado will always be a part of our past, but our future has never looked brighter.”

Winston Medical Center is the only hospital in Winston County within a 30-mile radius, and more than 1,000 attended the ribbon-cutting ceremony for the new hospital. Brandi Krajewski, marketing and public relations director, says the hospital’s rural location emphasizes its importance in the community, especially to vulnerable patients. 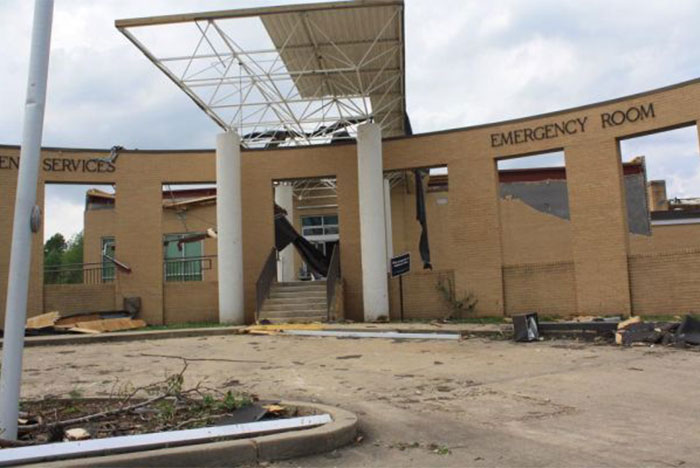 Most of Winston Medical Center's previous hospital was completely destroyed. Only a wing of its nursing home remained intact.

The new facility encompasses all of the services within its previous facility including inpatient, outpatient, radiology, laboratory, geri-psychiatric, respiratory, pharmacy, emergency department and swing bed services. It also rebuilt its nursing home units that were lost in the tornado. The new units were built cottage-style to reflect a more homelike atmosphere.

“With the rebuilding effort, our motto and vision has been ‘Getting Better, Everyday.’ We believe we’ve done just that,” Krajewski says. “Our new state-of-the-art facility gives members of our Louisville community access to expert, full-service health care right where they live. We have turned a terrible tragedy into an opportunity for improvement — for our facilities and for ourselves as health care professionals.”

The system aligned its 141 acute care hospitals around a common goal.