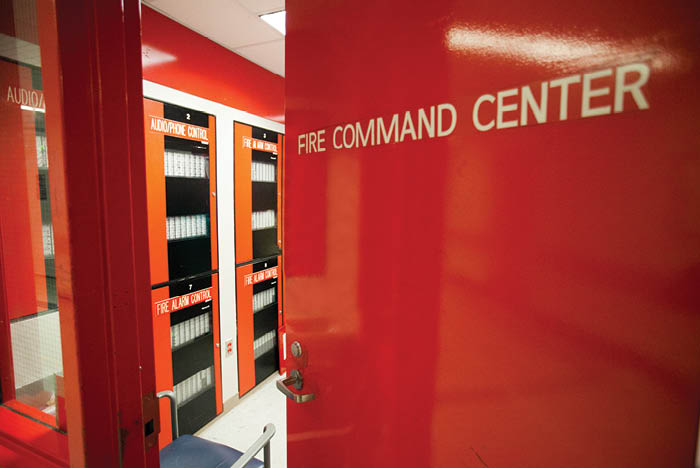 Operational changes pertaining to fire alarms are included in the 2021 edition of NFPA 101.

The current focus within the health care field is primarily concentrated on how facilities can cope with the demands placed upon the system by COVID-19. Modern day emphasis on infection control in the physical environment is of the utmost concern, and rightfully so.

However, regardless of how long it takes to return to normal, this new, harrowing reality should not deter health care facilities professionals and other key decision makers from protecting patients and staff from equally important fire and other life safety issues now and into the future.

The changes within these two essential documents will impact the health care physical environment for years to come. An overview of these changes includes the following:

NFPA 99. The 2021 edition of NFPA 99 continues to build upon the risk-based approach first introduced in the 2012 edition of the code and incrementally improved in the revision process ever since. While major technical changes may have been sparse in the 2015 and 2018 editions of NFPA 99, the proposed 2021 edition is slated to feature several significant technical changes that will impact the design and operation of health care facilities moving forward.

The upcoming edition of the code reflects more than 200 revisions, with the following being among the most noteworthy.

Microgrid technology has been growing in popularity and has now found its way into the code. This allows for facilities to utilize a variety of interconnected loads and distributed energy resources that act as a single controllable entity. It permits systems that can switch between power sources in a manner that maximizes efficiency and, when designed correctly, can provide increased reliability and enhance a facility’s resiliency capabilities. The language being added to NFPA 99 is not overly prescriptive — much will still be left to a qualified design professional — but the code does provide the performance criteria that must be met for these systems to be a source for an essential electrical system.

Another major change to electrical system requirements per the code is a new section related to providing a preventative electrical maintenance program. This detailed section provides specific criteria and intervals for inspection, testing and maintenance activities on equipment and distribution system components. 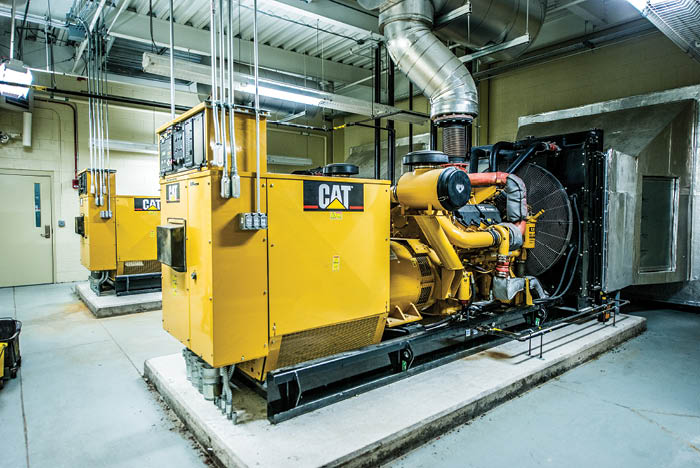 While NFPA 99 has long included criteria for power components such as generators, a new section ensures that all major components are maintained.

The code has long included criteria for components that are part of the emergency power supply system, such as generators and transfer switches, and also applies to receptacles and line isolation monitors, but this new section goes beyond that to ensure that all major components of the system are maintained.

Many facilities will already have programs in place that meet these requirements because it is considered a critical utility, but it is still recommended that facilities professionals review the criteria in full once it is available to ensure that documentation, record keeping and intervals all align with this new section of NFPA 99.

In the area of medical gas and vacuum systems, what may be the most significant update is the need for a facility to designate a “responsible facility authority.” This individual will have primary responsibility for implementation of the piped medical gas and vacuum system requirements of the code. It is likely that for the majority of facilities this will be the individual currently responsible for the systems.

The code requirements will spell out specific qualifications needed for the individual, as well as a detailed list of specific responsibilities concerning the gas and vacuum systems. Among the stated responsibilities is the development and management of a permit-to-work strategy for gas and vacuum systems that is intended to ensure that any work performed on the systems is done in as safe a manner as possible.

Also in NFPA 99, another attempt was made to clarify the implementation and use of risk assessments. No major changes to the approach have been made in the new code; and it continues to remain an area of confusion, contention and, oftentimes, both.

For the 2021 edition, risk assessment content has been revised to state clearly that risk categories only need to be determined for new or altered systems and equipment. The document also now states directly that a higher risk category can be used. These may seem like minor adjustments, but when considered alongside the incremental improvements since the 2012 edition, it is important to note that the application of risk assessments is becoming clearer. 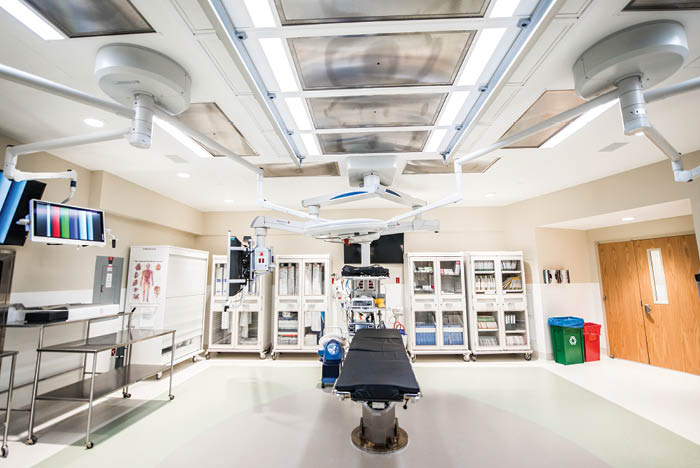 The prevention of fires in the operating room was another issue to see changes in NFPA 99.

The prevention of operating room (OR) fires was another topic to see some changes in this edition of NFPA 99. Requirements that solution-soaked materials be removed from the OR prior to surgery have been revised to reflect removal of the materials from the patient care vicinity.

The prior requirement to remove material from the OR altogether was seen as excessive and also had the potential to have negative impacts on infection control measures. Per the 2021 edition of the code, the flammable-liquid soaked materials that need to be removed from the patient care vicinity can now be placed in a standard trash receptacle.

Facilities have also been given some relief from dealing with discussions about signage and exact wording from the NFPA 99 code.

Code allowances have been added to permit existing signage in rooms containing stored medical gases — unless the authority having jurisdiction (AHJ) determines that the existing signage constitutes a distinct hazard to life. The goal of this is to not just allow any signage but rather to bypass updating that signage when code requirements slightly revise language or when an older sign says a slightly different variation of “No Smoking.” 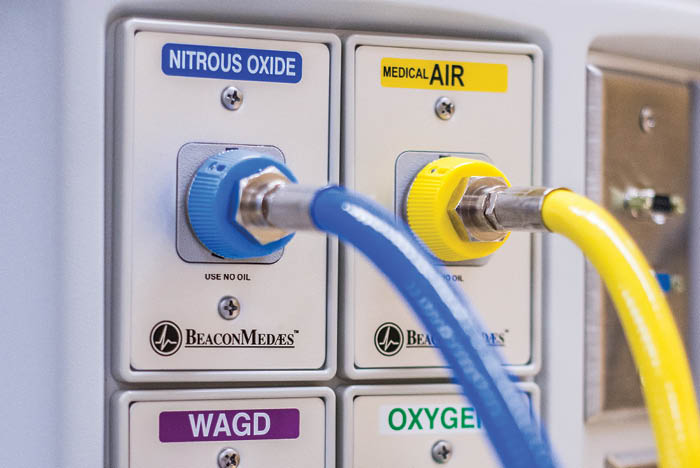 Hospitals will need to designate a “responsible facility authority” for medical gas and vacuum systems.

NFPA 101. The 2021 edition of NFPA 101, which will also be released later this year, has several updates that should be on the radar of health care engineers well before the code becomes officially adopted. Oftentimes, high-impact changes come from the standards referenced within the code, but in this case the changes highlighted come directly from NFPA 101.

The first change will likely be seen as a positive improvement for those involved in the operation of health care facilities, and it’s one that might put some old arguments to bed. It relates to occupant notification and now states that where private operating mode is used for a fire alarm system, alarm notification appliances are not required in patient care spaces where such alerts might adversely affect patient care.

This sounds similar to what was previously referenced in the code, but past editions allowed for visible alarm indicating devices in lieu of audible alarms for these spaces. This change allows for the omission of both audible and visual notification devices in these spaces and aligns with the requirements found in NFPA 72®, National Fire Alarm and Signaling Code®; NFPA 99; and NFPA 101.

The next change has some relation to this update and is something that has often been questioned regarding fire drills, the transmission of alarms and the activation of notification appliances.

The first part of this change is that the language requiring fire drills no longer includes the words “transmission of a fire alarm signal” and instead says that the drills need to include the simulation of emergency fire conditions and activation of the fire alarm systems notification appliances (with one exception discussed below).

This revision intends to clarify that the intention is not to confirm a signal being sent to emergency forces as some AHJs have enforced, but rather to drill the internal response. The system’s ability to send signals to the correct location is confirmed in the routine testing activities detailed by NFPA 72.

The second part of the changes to fire drill requirements is a modification to the language for drills conducted between 9 p.m. and 6 a.m., which now allows for a coded announcement instead of activating the notification appliances.

The previous language allowed for the coded announcement instead of audible alarms, which often led to mixed interpretations over whether or not the visible appliances still needed to be activated.

The change makes it clear that for these overnight fire drills, a coded announcement is sufficient and the fire alarm notification appliances do not need to be activated. 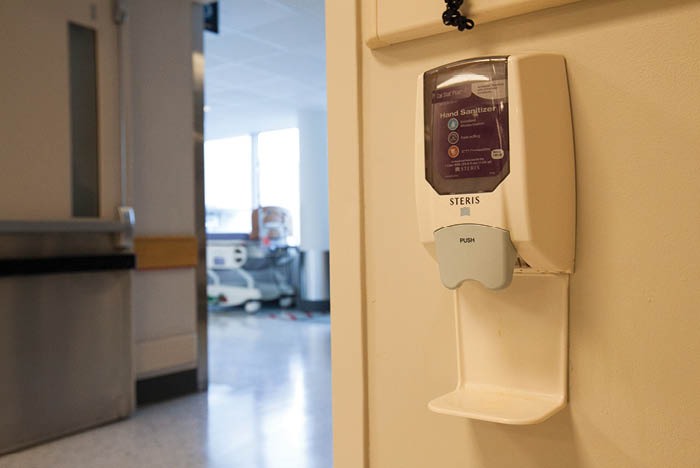 Another change that should be welcomed by those responsible for the daily operations of health care facilities is one that is related to alcohol-based hand rub dispensers.

This point was championed by the American Society for Health Care Engineering. A requirement in previous editions of NFPA 101 that required these dispensers to be tested in accordance with the manufacturer’s care and use instructions each time that a new refill was installed has been removed from the code.

The intent of the removal is that the instructions for testing were vague and varied among manufacturers, and possibly generated some confusion. It was additionally argued that a simple functional test, after a refill, should be sufficient to mitigate the major concern — the emptying of the container and pooling of the alcohol-based hand rub.

Likewise, soiled linen and trash receptacle requirements are getting more relaxed in the 2021 edition of NFPA 101. Previous requirements for these receptacles were based on 32-gallon maximums, which has now been increased to 64 gallons, with allowances for even larger ones to be used. When not attended to, those with capacities greater than 64 gallons need to be located in a hazardous area. For those under 64 gallons, there is no requirement for them to be located in a hazardous location when not attended.

Additionally, previous density limitations have been removed. A task group contributed to this change and highlighted a number of supporting reasons for the change, including the size of many standard patient recycling containers in use, NFPA research and the fact that 64 gallons aligns with hazardous area requirements.

With summer fast approaching, the final change covered in this article may not register as a top-of-mind consideration, but there is a noteworthy revision in the code to the requirements for portable space heaters.

The limitations are largely the same, but when it comes to the specifics of the device, the space heaters will now need to be listed as freestanding, movable heaters in accordance with UL 1278.

This replaces the previous requirement that the heating element not exceed 212 F, which was one test of many for radiant heaters using ferrous metal elements; this reference did not address all heaters.

Using a listed or labeled device will set the acceptable device performance and will allow for enforcement without having to measure temperatures.

These are some of the changes that are coming in the 2021 editions of NFPA 99 and NFPA 101. With more than 200 changes to the 2021 codes, there are certainly many more with which facilities professionals must become acquainted.

Facilities professionals can access more information on NFPA 99 and on NFPA 101 online.

On any given day, any of these changes could be significant to health facilities professionals. While there is never a dull moment in the world of facilities management, keeping an eye on the future is paramount.

A forward-thinking and a strong consensus-building process ensures optimal safety for patients and staff, while being mindful of flexibility in the design and operation of health care facilities.

Also this week: Research on infection risks of heater-cooler devices.

Revisions to the Life Safety Code