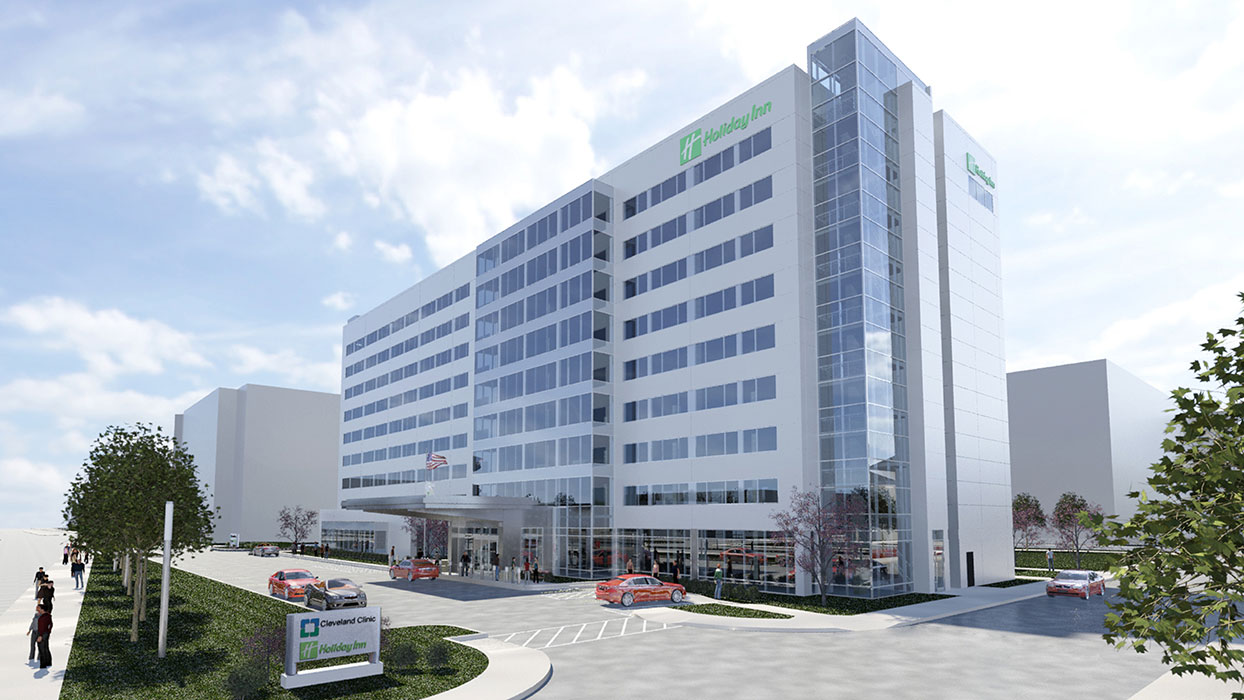 The Holiday Inn Cleveland Clinic is open to the public, but the first priority is accommodating patients and their families.

Cleveland Clinic has added an affordable, extended-stay housing alternative for patients and their families with the recent opening of the Holiday Inn Cleveland Clinic.

The new nine-story hotel offers 276 rooms along with a host of amenities for patients and guests and is now the third located on the Cleveland Clinic campus. The upscale InterContinental Hotel and Conference Center and InterContinental Suites Hotel are also nearby.

The full-service, contemporary Holiday Inn is open to the public and includes a swimming pool, fitness center, casual restaurant with a bar and outdoor patio, and a coffee bar. But the first priority is to accommodate patients and their families, says William Peacock III, chief of operations, Cleveland Clinic.

“At the end of the day, this is for those patients who need an option that permits them to stay at a lower price point for a longer period of time,” he says.

The hotel gives patients an additional place to stay to recuperate from surgery before going home and may require some clinical observation, including patients who are recovering from or awaiting an organ transplant, he says.

“This accommodation is going to allow us to serve that cohort of our patients,” he says. While the hotel just opened in May, the feedback of patients and their families already has been quite positive, he adds. 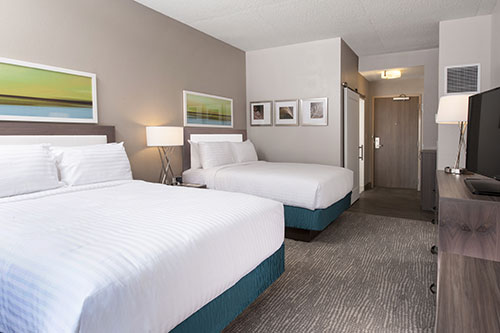 The number of international patients rose by 6 percent in 2015 and exceeded more than 4,700, according to Cleveland Clinic’s 2015 State of the Clinic report. Of those, slightly more than half came from the Middle East, and 7 percent came from both Canada and the Caribbean, the report states. Slightly more than 15 percent of patients came from out of state in 2015, an increase of 1 percent over 2014.

The Holiday Inn fills a void left by the 2013 closure of the Cleveland Clinic Guesthouse, which was demolished to make room for the new Cleveland Clinic–Case Western Reserve University medical education campus.

The other two hotels on the campus also offer rooms for patients and their families as well as the public. The Intercontinental Hotel and Conference Center accommodates the numerous health care educational events that Cleveland Clinic supports, Peacock says.