Grandview Medical Center was the answer to a halted construction project

Those who are not privy to the full story behind the 1 million-square-foot Grandview Medical Center in Birmingham, Ala., and its accompanying medical office building, may think the hospital’s builders suffered from extreme procrastination. That, however, is far from the truth.

The facility’s original owners were forced to abandon the project in 2003 mid-construction because of legal issues. Community Health Systems won the right to take on ownership of the building and continued constructing the facility but with a new purpose as a replacement facility to its Trinity Medical Center. Construction restarted on the project under its new ownership in 2013 after a decade-long hiatus.

Brasfield & Gorrie, which served as construction manager during both of the project’s iterations, had to take stock of what had been done before moving the project into its future as Grandview Medical Center. 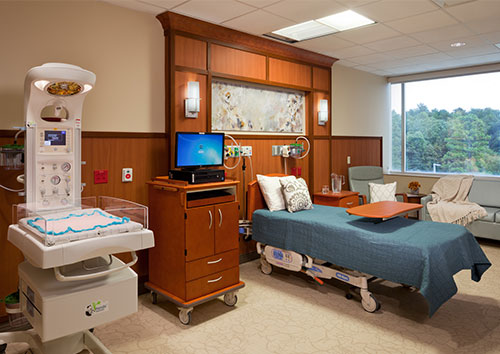 The original facility was designed as a rehabilitation hospital, but the new owners required a complete replacement facility, which meant that much of the previously completed work had to be demolished or renovated.

A large portion of the first floor’s concrete slab was cut to reroute plumbing for the updated kitchen design. On the second floor, a 12-foot-thick concrete vault that was intended for a linear accelerator was demolished to make room for additional catheterization and electrophysiology procedure rooms. The fifth floor originally was built as a general patient floor, but required a complete gutting to accommodate an intensive care unit and mechanical space as part of the new design. On the 10th floor alone, the floor was core-drilled more than 500 times to reroute plumbing.

A number of changes also were made to accommodate various code and standard updates that had occurred since the project’s original start date. Some of the regulatory changes included adding fire-stopping sealant for wall and floor penetrations, modifying existing doors to receive fire-resistant glass, replacing ceiling tiles, rerouting automatic door wiring, replacing regular outlets with ground fault circuit interrupter outlets and adding a primary disconnect at the transformer. 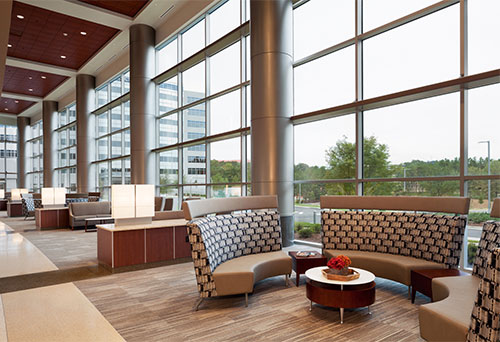 Brasfield & Gorrie says it relied heavily on digital technology to rectify the project’s past with its present. The entire 15-acre site was Wi-Fi-enabled, and project managers and subcontractors were assigned iPads, digital plan tables and Apple TVs so that when a project manager uploaded new drawings or requests for information, they were immediately downloaded onto each iPad in the field. Going paperless eliminated thousands of dollars in printing costs and hundreds of man-hours.

Building information modeling (BIM) also played a substantial role in keeping the project moving forward while tracking its past. The construction manager’s Virtual Design and Construction Group took the previous structural documents to create a base 3-D structural model so that BIM coordination could begin.

Unmanned aerial vehicles (UAVs) also helped the construction team to take stock of the facility’s condition. The UAVs captured high-resolution images and video of the building’s existing curtainwall. Those visuals were inspected by a cladding consultant who assessed the condition of the hospital’s exterior skin.

Though the prep work before restarting construction was extensive, it laid the foundation for the new Grandview Medical Center. The long-awaited hospital opened last fall, and stands as an eight-story, 372-bed hospital with 30 operating suites and room for future expansion.