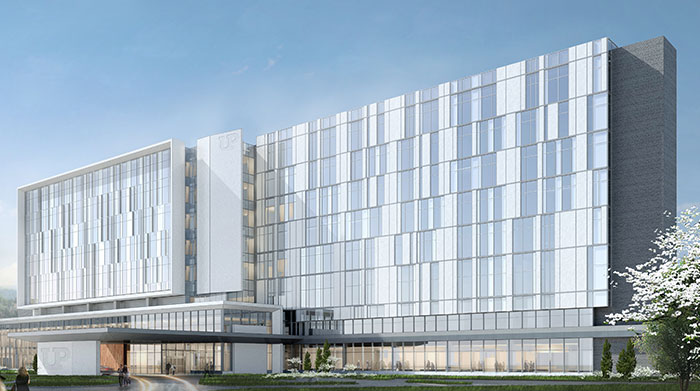 While each project, with an estimated cost of $300 million or more, has broken ground in the last two months, none is located in the nation’s largest 100 metropolitan areas, reports Revista, a leading health care real estate data and statistics firm in Annapolis, Md.

“These projects are large in scale and bring in national firms to design and manage construction,” says Hilda Martin, principal, Revista. “It's interesting to see this kind of activity in a smaller town setting, and it shows there are opportunities in our sector everywhere.” 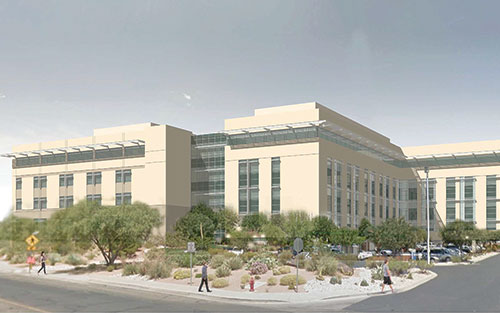 UP Health System and Duke Lifepoint recently broke ground in May on a $300 million hospital project with an adjoining 80,000-square-foot medical office building in Marquette, Mich.

The hospital will be built on 37 acres to be redeveloped after many years of use as an industrial site. Scheduled to open in late 2018, it will replace the former Marquette General Hospital.

The project was designed by architectural firm Gresham, Smith and Partners, which is working closely with the contractor, Skanska Closner. Skanska Closner is a joint venture between Skanska and Marquette firm, Closner Construction.

This will almost double the size of the hospital to more than 1 million square feet. Intermountain is planning to consolidate most or all of its St. George medical services into the one campus. HDR is the architect. 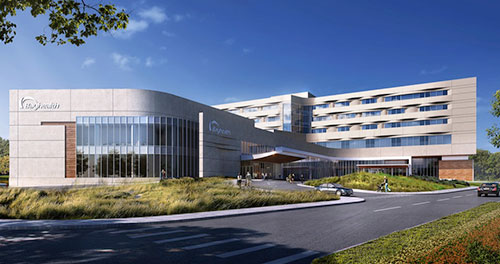 Rendering of Bayhealth Medical Center scheduled to open in 2019.

The Milford, Del., health campus will include a six-story hospital with an expanded emergency department, additional operating and cardiac procedure rooms, all private patient rooms and a cafeteria with outdoor seating. Additional services will be available in a separate 70,000-square-foot outpatient center located on the health campus.

Part of the expansion is intended to help support an agreement with Nemours Children’s Health System to provide more specialized pediatric services at the new campus. The architect is Cannon Design and the contractor is Whiting-Turner. Opening is planned for early 2019.