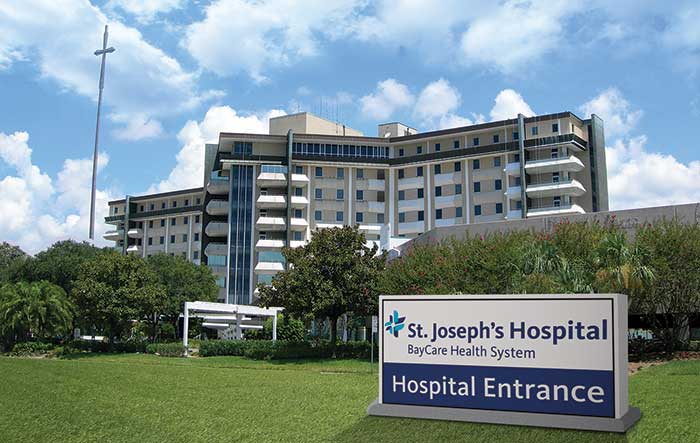 St. Joseph’s Hospital campus reduced the number of falls by 16 percent in 2015.

When the number of slips, trips and falls reached an untenable level in the common areas of St. Joseph’s Hospital campus, Tampa, Fla., leadership decided it was time to take action.

After gaining support from top leaders and hospital staff and initiating several safety measures, St. Joseph’s succeeded in reducing the number of incidents by 16 percent in 2015 compared with that of the previous year.

St. Joseph’s three-hospital campus also reduced the cost of litigation related to claims from slips, trips and falls from a high of $700,000 in 2013 to $5,000 only one year later as safety actions took hold.

While the St. Joseph’s campus averaged 28 incidents annually from 2009 through 2013, the number dropped to 3.6 per year from 2014 through June 2015. The project focused on incidents in hallways, waiting rooms, cafes, sidewalks and parking lots, but not patient rooms.

For its achievements, St. Joseph’s won the 2015 Excellence in Health Care Facility Management Award from the American Society for Healthcare Engineering (ASHE) of the American Hospital Association.

The steps to success were the topic of an educational session at ASHE's 53rd Annual Conference and Technical Exhibition in July.

During their presentation titled "A Team Approach to Reducing, Slips, Trips and Falls," Tom Davis, director of facilities at BayCare Health System, and David Miller, facilities manager of St. Joseph’s Hospital,  outlined 12 safety measures to reduce the number of incidents.

The project started with a review of the 46 slips, trips and falls that reportedly occurred in the hospital and on its campus in 2012 and an assessment of hospital and campuswide pedestrian safety, Davis says.

A committee comprising representatives of several departments, including safety and security, environmental services and facilities services, was established to review all incidents, Miller says.

The facility department worked with hospital leaders to gain acceptance of the program and obtain financial support to implement safety improvements. Getting the word out on the initiative was key.

“Communication is always large and buy-in from leadership helped with the selling of the program,” Davis says.

Among the individual safety steps taken were:

The safety program at St. Joseph’s is ongoing and is now systemwide, Davis says.

A water analysis conducted by scientists leads to improved operation and reduced costs.