Jeff Ferenc and Julius A. Karash 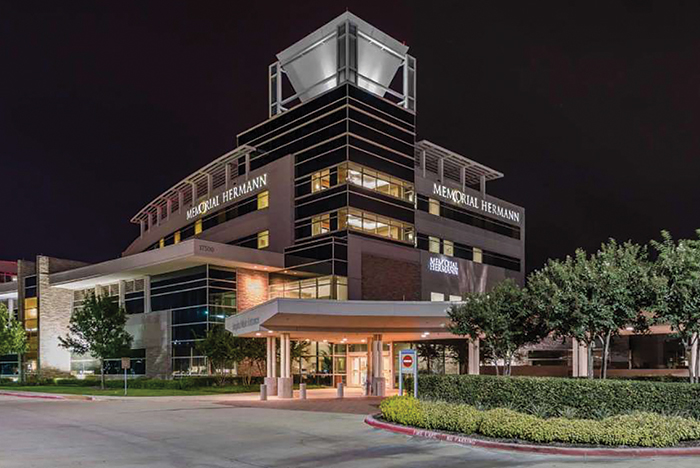 Planning for Memorial Hermann Sugar Land Hospital’s new 62-bed tower was much easier after having gone through the rigors of the Baldrige application process.

When Memorial Hermann Sugar Land Hospital near Houston recently won the Malcolm Baldrige National Quality Award, it joined a rarefied group. Since the award’s health care category was introduced in 1999, only 21 such organizations nationwide have received the highest Presidential honor for performance excellence.

The hospital utilized the challenging Baldrige criteria when planning for its new 155,000-square-foot, six-story patient tower. The tower is the centerpiece of a $93 million expansion project on the health facility’s campus that includes a new 100,000-square-foot medical plaza.

"As we began to discuss the expansion project, we were able to take the learnings of our Baldrige journey into how we were going to build the tower," says Greg Haralson, the hospital's senior vice president and CEO. "Being a recipient raises the bar for every patient who walks in the door moving forward."

The Department of Commerce recognized Memorial Hermann Sugar Land for its outstanding commitment to sustainable excellence through innovation, improvement and visionary leadership. Applicants and winners alike have called the application process and related evaluation of organizational performance invaluable to improvement.

Memorial Hermann Sugar Land began applying the Baldrige criteria about six years ago, a year and a half before Haralson became CEO. "It's been a very rewarding process to be able to claim patient safety as a core competency through this process," he says. "Our patients are much safer because of the hard work that goes into establishing repeatable processes that are the right processes."

Haralson says that working to achieve distinction in the Baldrige Criteria for Performance Excellence in such areas as strategic planning and customer and market focus helped the hospital to formulate the details of the expansion.

"That was exciting, to be able to have the culmination of that tower manifest itself through utilizing the criteria to the benefit of not just our patients, but everyone who's going to walk through the doors," he says.

Haralson says winning the Baldrige award raises the hospital's expectations, "and we're prepared to meet that new standard." To that end, design firm HDR Inc. emphasized an efficient flow of visitors, separate from patients and staff, known as on stage and off stage, respectively; abundant natural daylighting; brand visibility; and ease of wayfinding for the new tower, says Tom Braud, lead planner on the project, HDR.

The tower adds 60 beds, including an expanded intensive care unit (ICU) and a new 16-bed intermediate care unit (IMU). “The IMU is a place for patients who don’t need the level of care offered in our ICU but are not quite ready to move into one of our general patient rooms,” Haralson says.

“It’s a new service for our campus and one that will allow us to better provide patients with the appropriate level of care while freeing up space in our ICU for patients who truly need that level of attention and care,” he says.

The new tower is built with future expansion already in mind. The fifth floor of the tower is shell space that can be converted quickly to 30 additional patient rooms and four new operating rooms. The building has also been built with the foundation and infrastructure to add four additional floors to the tower at a later date.