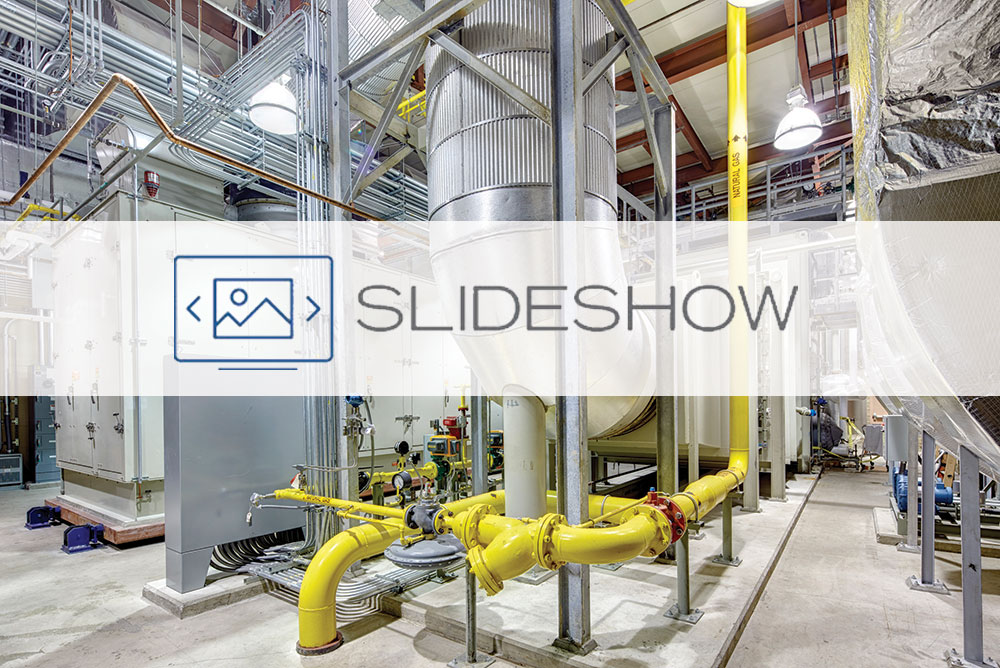 When a $220 million expansion project was expected to max out the existing electrical infrastructure at St. Joseph’s Hospital Health Center in Syracuse, N.Y., the hospital chose to install a cogeneration, or combined heat and power (CHP), plant to meet the additional energy needs, rather than add a costly power line.

The hospital saw several advantages to the CHP approach. CHP is more efficient than traditional power generation and produces fewer carbon emissions, which is in keeping with the hospital’s commitment to sustainable design, and efficient energy production also results in lower utility costs. In addition, an on-site plant increases the hospital’s energy independence, provides more predictable service and allows normal operations to continue at the facility even if the external electrical grid experiences an outage.

The CHP system installed at Joseph’s Hospital Health Center is designed to work in conjunction with the local utility. The system includes a 4.6-megawatt, natural gas-fired turbine, a 45,000-pound per hour (pph) heat recovery steam generator and a 225-gauge pressure gas compressor. A custom automatic load management system runs continuously to prevent power from being exported to the utility system and to keep the CHP plant operating during a utility power outage.

The location of the plant proved to be a challenge on the dense, urban campus. The design-build team tucked the plant into an underutilized open space suspended above a loading dock and below a three-story block of patient rooms. “Our team faced various design constraints at St. Joseph’s hospital, where connections needed to be run through existing areas due to the limited space available,” says John Moynihan, managing partner for Cogen Power Technologies, the project’s CHP program manager. “Thoughtful planning, phasing and final tie-ins were coordinated to mitigate potential impact.” 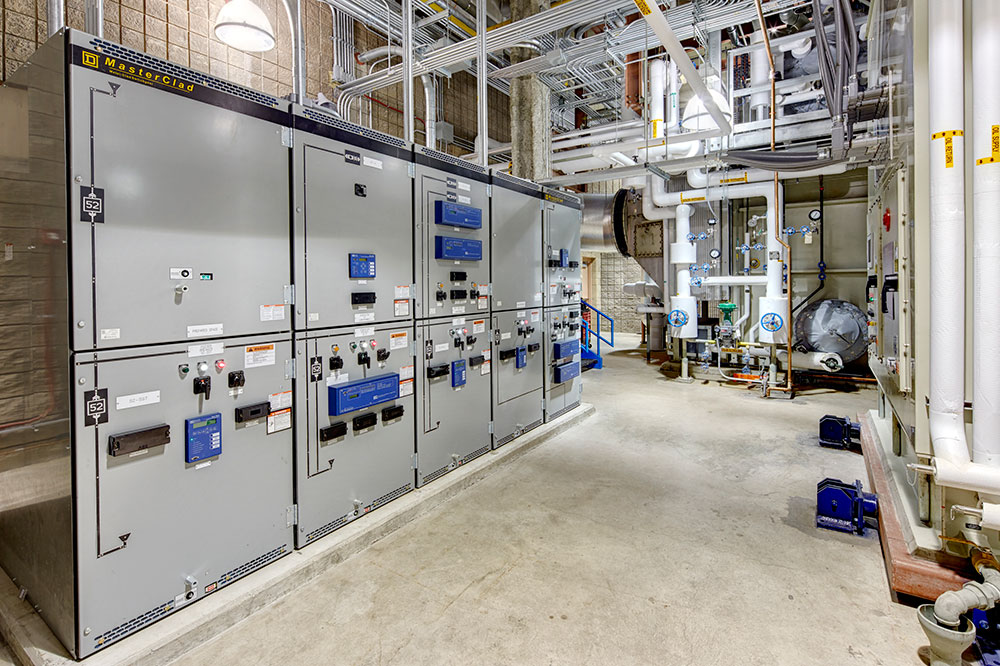 The construction phasing plan maintained at least two open docks for hospital use during the project, as well as a number of doors and emergency exits. The construction team also was attentive to the needs of patient units that began just 20 feet above the plant. Moynihan says design-build team members often attended risk-assessment meetings with hospital departments to explain upcoming work and help to minimize specific effects.

To synchronize the turbine to the utility without disrupting hospital emergency services or operating rooms, synchronization was performed over two weekends, in shifts beginning at 11 p.m. and ending at 6 a.m. The original three-day test schedule was extended to six days to allow emergency surgeries to take place. “Testing was started and stopped based on the needs of the hospital,” Moynihan says. This required a coordinated effort on behalf of the team to schedule all equipment vendors for both weekends to support thorough testing of the turbine, generator and electrical systems.

The gas compressor, turbine and heat-recovery steam generator were started and tested simultaneously to reduce the duration of startup and lessen the impact on the hospital. “Without a doubt, synchronizing the CHP plant with the utility grid was the most challenging aspect of the project,” says Moynihan.

In its first year of operation, the CHP produced 26 million kilowatts per hour, meeting 80 percent of the hospital’s electrical needs and 95 percent of the facility’s steam consumption. The hospital estimates that the plant has reduced the annual utility cost by approximately
$1 million. The system provided uninterrupted power during several local power outages throughout the year, allowing the hospital to continue daily operations with minimal to no impact.

Amy Eagle is a freelance writer based in Homewood, Ill., who specializes in health care-related topics. She is a regular contributor to Health Facilities Management.
ConstructionConstruction TrendsProject Management

The project team used an integrated project delivery model to come in under budget and on time.