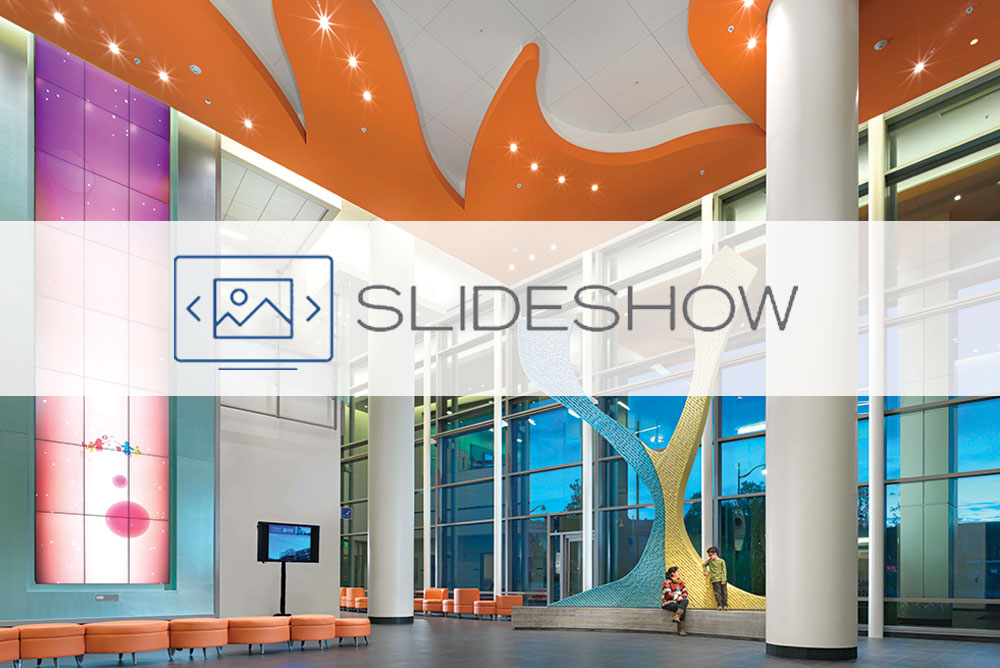 The UCSF Medical Center at Mission Bay is a state-of-the-art, sustainable, six-story 289-bed children’s, women’s specialty, adult cancer hospital and outpatient medical building for women, children and cancer care. This LEED Gold-certified facility has 16 gardens that cover a total of 4.3 acres, including more than an acre of rooftop gardens.

The design and construction team reports that by using an integrated project delivery (IPD) method created specifically for public projects, they were able to deliver the building for $200 million less than an estimate based on a traditional project delivery method. “I think we set a foundation for public entities that you can do more of these integrated models and make them work,” says Stuart Eckblad, FAIA, vice president of major construction projects, UCSF Medical Center.

To support the IPD process, the project team created the Integrated Center for Design and Construction (ICDC), a large assemblage of trailers where all project partners, including tradespeople, worked together on-site. “A lot of our success was literally because of the ICDC,” says Eckblad. Co-locating team members helped to improve communication and collaboration, and created a community focused on the patient experience, he says.

To demonstrate to the community its commitment to finishing the building on schedule, the team hung a large banner on the side of the medical center in 2012 that read, “Opening February 1st, 2015.” Eighteen months after the start of construction, it became clear that outpatient cancer services planned for a later phase of construction should be accommodated within the project to meet fast-growing community needs. 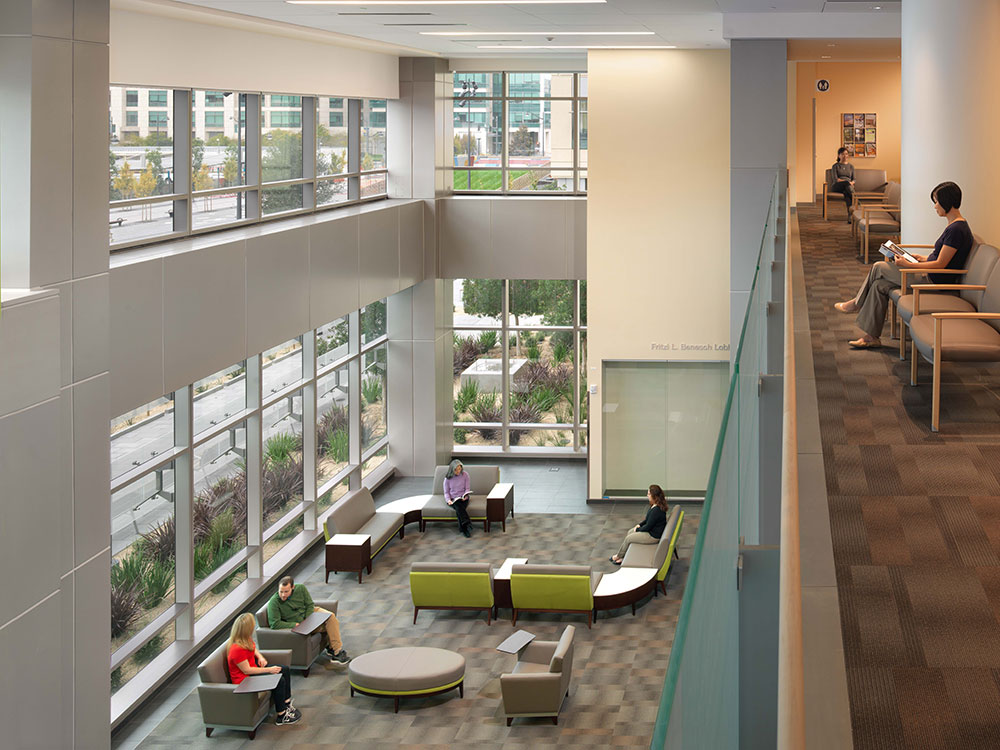 Using collaborative techniques and tools developed in the ICDC during preconstruction and promoted throughout the project, the team worked together to develop a plan to reprogram more than half of the 225,000-square-foot outpatient medical building. The medical center opened to patients on Feb. 1, 2015, as promised, with the needed cancer care services included. To complete the necessary modifications on schedule, “we truly got people to realize what was best for the patient,” says Ray Trebino, project executive, DPR Construction, the project’s general contractor and construction management firm based in Redwood City, Calif.

Health care facilities often are described as high-tech, high-touch environments, due to the intensely technical and personal nature of health care. A similar combination of technology and personal connection was used to create UCSF Medical Center at Mission Bay. The team was at the vanguard of using building information modeling (BIM) for a project of this size. During preconstruction, more than 130 people worked to develop an integrated BIM used for fabrication, installation and the preparation of permit drawings.

According to the team, the highly detailed digital model allowed changes to be made more efficiently, removed uncertainty from the project schedule, saved time and reduced waste. Early adoption of other technologies further improved the quality and efficiency of the project. Shortly after iPads were introduced in 2010, UCSF project installers used them in the field to compare field conditions with the model, perform quality assurance checks and allow construction supervisors to show tradespeople 3-D illustrations of planned installation routes.

On-site Thanksgiving feasts, quarterly lunches and other activities for team members who ranged in number from 250 to 1,200 helped to build strong relationships. “We have multiple team members who say they would love to work on a project like this one again,” says Trebino.

“It’s not just that we like each other,” notes Eckblad. “We’re able to make a contribution.” The strongest message of the project, he says, is that “we’ve made a difference in people’s lives.”

The center’s recently completed renovation and addition respond to the needs of its growing Pennsylvania community.