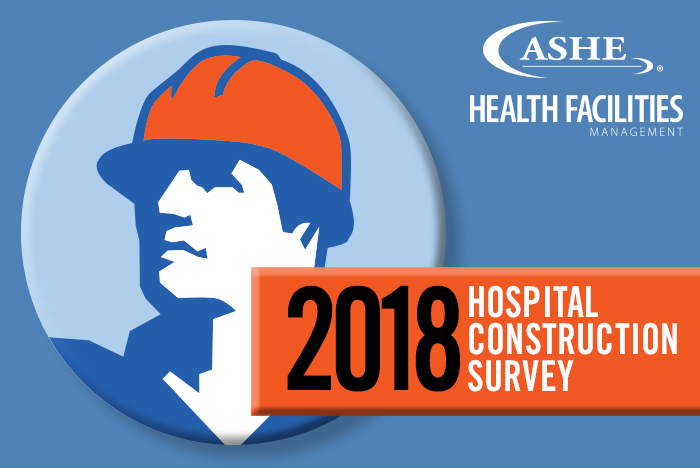 The largest medical complex in the world, home to The University of Texas MD Anderson Cancer Center, was decimated by the storm that dumped more than three feet of rain, flooding buildings throughout the complex. While MD Anderson itself was minimally impacted primarily due to its location, Allison caused millions of dollars in damage to the medical center overall.

When the storm cleared and the hospital was back to full capacity, hospital leaders immediately began planning to incorporate lessons learned during Allison into a resilient design to help the hospital withstand the next massive storm.

It paid off. When Hurricane Harvey hit in 2017 — a significantly more powerful storm — MD Anderson was better prepared.

“Immediately after Allison, we began upgrading our standards with strategies to help us become very hurricane-resistant,” says Tim Peglow, SASHE, associate vice president of patient care and prevention facilities at MD Anderson. “When they announced Harvey would hit in two to three days, we started preparing.”

Click through the charts to view more data from the 2018 Hospital Construction Survey.

Among other reforms, the hospital moved generators to higher floors, installed enormous watertight storm gates and windows with hurricane-force glass, created watertight compartments in some buildings and built a massive flood wall around the building.

Overall, Peglow says that MD Anderson fared well during Harvey. All 23 hospitals and emergency rooms at MD Anderson remained open and operated with a limited staff who had been trained in emergency preparedness. MD Anderson provided continuous care for some 500 patients throughout the storm, Peglow says.

Nevertheless, he adds that the hospital continues to be diligent about keeping its resiliency planning as up-to-date as possible. 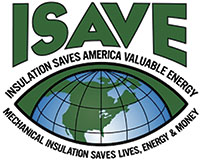 “I don’t think any of us thought a storm could be worse than Allison, and then Harvey hit,” Peglow says. “I’d like to say we’re prepared to take on anything because we survived Harvey, but the next one could be even worse.”

MD Anderson is among the growing number of hospitals that are factoring resiliency planning into their overall design strategy, according to the 2018 Hospital Construction Survey, conducted by the American Society for Healthcare Engineering’s (ASHE’s) Health Facilities Management (HFM) magazine.

The survey, which included responses from 274 facilities professionals at hospitals across the country, showed that 89 percent of respondents consider resiliency — a design style that resists a variety of natural or human-induced disasters and aids in quick recovery — when designing and building new spaces.

Such planning is more necessary than ever, says Joseph Sprague, FAIA, FACHA, FHFI, who is associate member director of the ASHE board of directors, as well as principal, senior vice president and director of health facilities at HKS, an international design firm headquartered in Dallas.

“Resilience is a topic that has increased in prevalence, particularly in the face of recent events, both natural and man-made,” Sprague says. “Globally, natural disasters have increased by 400 percent in the past two decades. We have also seen an increase in epidemics, including contagious diseases, diabetes and the opioid crisis. Each of these has directly and uniquely related to hospital design.”

While health care has always incorporated disaster planning into facility design, resilient design has played a much bigger role in parts of the country commonly ravaged by such disasters as hurricanes and tornadoes.

And after an EF-5 tornado hit Joplin, Mo., in 2011, HKS worked with the Mercy Joplin team to build a replacement hospital and outpatient facility [see Vista Awards coverage, Page 39]. The hospital upgraded all glazing and exterior facades to withstand 250-mph winds, designed the central energy plant to be partially below grade and ensured that the critical equipment inside would be protected.

But the sheer scale and number of natural disasters in recent years, including a slew of historic hurricanes, fires and floods in 2017, is prompting hospitals outside of those high-incidence areas to embrace resiliency planning as well, Sprague says. In fact, some hospitals have been motivated to take resiliency designing beyond the basic code requirements, according to Jonathan Flannery, MHSA, CHFM, FASHE, FACHE, senior associate director of advocacy for ASHE.

“In the last five to 10 years, with the number of natural disasters on the rise, we are seeing many facilities take their mission more to heart and expand resiliency beyond the bare minimum such as meeting code requirements for power, heating, light, fire, etc.,” says Flannery. “It is, quite simply, the right thing to do.”

Nevertheless, some experts say that many hospitals still have work to do in resiliency planning. For example, when survey respondents were asked whether their facility was forced to close temporarily or relocate patients as a result of such an incident, 88 percent said no, while 12 percent responded yes. Health care professionals need to consider resiliency in all their planning efforts to help reduce the closure rate, architects say.

“Especially in major metropolitan cities, these institutions cannot afford to close down,” says Tushar Gupta, AIA, NCARB, principal at EYP Inc. “Health care is in the line of fire and needs greater up-front investment to focus on resiliency.”

The resiliency process starts with a hazard-vulnerability assessment (HVA) that should include input from multiple departments, Flannery says. “It’s really important to have a multidisciplinary group create that document. Years back, the facility managers would create the HVAs all on their own, but the perspective and quality of the HVA is significantly better with a diverse group providing input. Then, incorporating this information into the design process will significantly help in resiliency-planning efforts.” 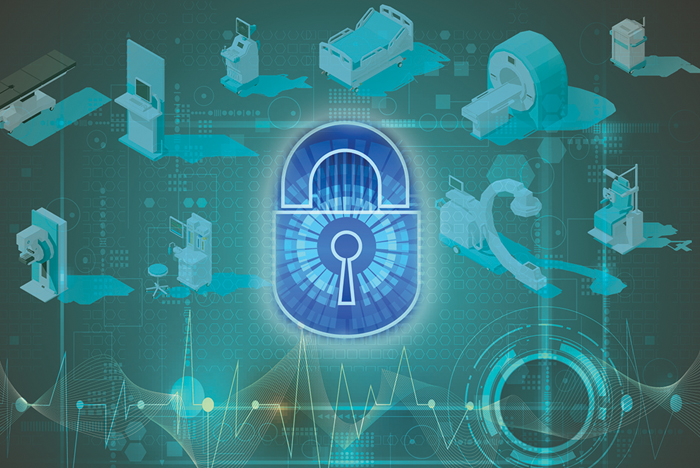 Hospitals that have put such initiatives in place are reporting a wide range of resilient design and infrastructure improvements. For instance, some respondents said they are moving more systems above ground and converting to wireless vs. underground hardwiring. One respondent said his entire campus can be isolated from the grid for full-power redundancy.

An academic medical center in the Southeast incorporated a double-pane, high-velocity, laminated safety glass on the exterior wall of a new surgical wing, according to one survey respondent. The facility also added an enclosed, hardened power-generation chiller and boiler plant and above-ground fuel tanks enclosed by a concrete wall and fence. “And we have installed enough e-power generating capacity to operate the entire facility on only two of three generators, with sufficient fuel to run fully operational, without fuel resupply for at least 18 days,” the survey respondent stated.

At a hospital in Virginia, “We are designing generators and electrical systems on second floors in flood regions, improving roofing by doing away with ballasted roofs and increasing the adherence of our roofs and confirming with pull tests,” said another respondent.

While retrofitting for resiliency is not without challenges, hospitals able to build from scratch are incorporating innovative features early in the design concept, says Scott Aronson, principal at Russell Phillips & Associates (RPA), a Jensen Hughes company, headquartered in Fairport, N.Y.

Some are including a command center, an area designated for staff to coordinate a disaster, which can be used for another purpose (such as a boardroom) during nonemergencies. And when Providence Regional Medical Center Everett in Washington state built a new patient care tower, Aronson says designers installed a wide-open area off the lobby that can serve as a decompression area in day-to-day operations and as a holding area in the event of an emergency.

“These are the kinds of concepts driven by the needs of the facility,” Aronson says. “We work with hospitals to have these features built in early into the design process, which is critical in preparing for an emergency.”

But even hospitals that cannot afford new buildings have other options for emergency planning, says Nick Gabriele, vice president at RPA. For example, a facility that can’t afford to truly upgrade its emergency-power system can bring in a trailer-mounted generator before an emergency like an expected storm.

“It’s important that hospitals know that less expensive solutions are out there,” Gabriele says.

And no matter what type of resiliency plans a facility adopts, training staff — whether through classes, drills, checklists or mock exercises — is equally important, Gabriele adds.

“In a fire, we know that people need to close the door to the room the fire originated in to contain the fire,” Gabriele says. “No matter how magnificently the building is constructed, if a staff [member] doesn’t apply that best practice and leaves that door open, it defeats the whole system.”

Overall, the 2018 HFM survey showed a continuation of trends reflected the year before. Funding for construction remained relatively flat with slight increases in renovations and infrastructure. And hospitals continue to focus primarily on renovation vs. new construction, outpatient vs. inpatient projects and those in line with population health.

In terms of projects that address population health, 17 percent of hospital respondents have medical office building projects underway while 9 percent of respondents are planning ambulatory facilities within the next three years.

Outpatient facilities will continue to mushroom as hospitals look for cost-effective solutions for delivering health care while preparing for an influx of aging baby boomers, experts say.

“By locating primary care and certain specialty care services out of the hospital, more space becomes available to treat the most critically ill patients,” says Kim McHugh, vice president, JLL project and development services. “As the population ages, demand on bed space by the chronically ill will increase.”

Underscoring the continued demand for emergency care, hospitals that are adding or modifying departments now or in the next three years named ambulatory care and emergency departments (EDs) as two top areas of focus. To that end, hospitals also are investing in urgent care centers to offset increasing demands on EDs. Roughly 14 percent are constructing urgent care facilities or planning to do so in the next three years.

“Giving patients avenues to seek and obtain care for nonemergent conditions and illnesses not necessitating an ED visit helps to filter patient loads to the most appropriate level of care, preserving the EDs for the most critically ill,” says McHugh.

The survey showed movement in another area of design linked to population health care: microhospitals. Microhospitals are fully licensed facilities but focus on lower-acuity patients and offer a smaller number of inpatient beds, generally fewer than 12. While the survey showed that just 3 percent are building or plan to build microhospitals in the next three years, those numbers are expected to spike in the near future.

“Microhospitals have come front and center to the market in recent years as a response to increased patient access and cost of care,” McHugh says.

On track for the future

The survey shows that hospital construction projects are running smoothly, with more than 61 percent of hospitals reporting that they have completed projects under budget and on or ahead of schedule.

A growing number of facilities are commissioning — conducting an energy audit of building systems. This year, 74 percent of respondents reported commissioning, up from 70 percent last year. “Most ASHE members have this as one of their goals, so you will continue to see this number rise,” Sprague predicts.

Overall, the designs, technology, infrastructure and policies adopted by hospitals will continue to focus on prevention, he says. “Population health is driving preventive health, and if you can prevent illness through a wellness approach, you aid the patients you are serving,” he adds.

Data shows that hospitals are making important strides in safety as they respond to risks.

Staff input helps hospitals to plan outside of the box and achieve efficient designs.