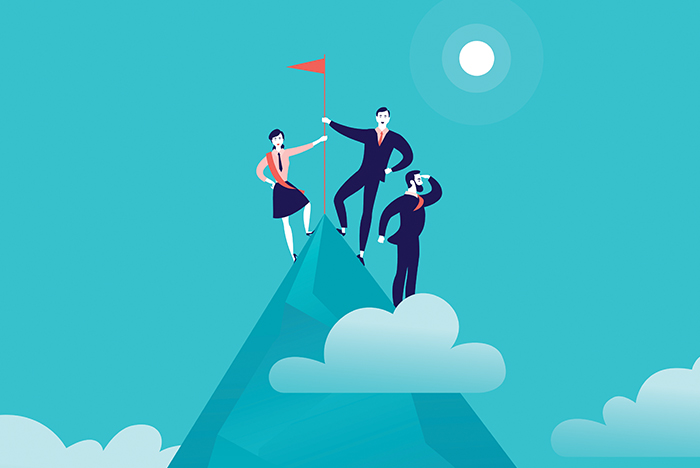 Given the current state of flux and uncertainty in hospitals and the entire American health care system, American Society for Health Care Engineering (ASHE) members have voiced an interest in understanding more about how the field of health care engineering is evolving and want to be able to compare themselves with others on topics such as career satisfaction, compensation and career development.

The American Society for Health Care Engineering’s (ASHE's) Career Collaboration Project was created to explore and report how ASHE members think and feel about their careers, work situations and career paths. As of this publication date, 138 individuals have taken part. ASHE members can access this survey to add data.

ASHE’s Career Collaboration Project was created to explore and report patterns related to these topics and strives to understand how members think and feel about their careers, current work situations and career paths. The learnings from this report can inform ASHE members, be used to help departments shape recruitment and retention policies, and hone career development models.

The Career Collaboration Project is meant to be ongoing and longitudinal, with data that will be continually collected and compared to look for patterns across respondents and over time. This allows members and their organizations to continue to learn and evaluate these patterns.

ASHE members working directly for health care organizations, as well as those who play other roles in the health care physical environment, can take part in this ongoing project.

ASHE recruited project participants during several ASHE conferences over the past two years. As of this publication date, 138 individuals have taken the Career Collaboration Project survey.

Approximately 53% of respondents reported facility manager as their primary role. The “typical” respondent was approximately 48 years old, male, and identified as “white or Caucasian” as their race.

Click on the table below to view data from the survey

These patterns mimic other reports about the larger ASHE membership. In addition, survey respondents had relatively high educational attainment. Over two-thirds of participants report having bachelor’s degrees or higher; 5% reported that they were registered architects; 25% reported having earned a Certified Healthcare Facility Manager designation; and 15% reported having a Certified Healthcare Construction designation.

Respondents were also generally experienced in their career field, with more than 60% reporting more than 15 years’ experience . This pattern definitely underscores what many anecdotally state about “the graying” of various health facility professionals and supports later exploration of recruitment and career development strategies.

Interestingly, respondents’ answers to the “number of years in current role” question did not illustrate the same pattern as experience. Rather, answers showed a more even spread across each of the job categories. For example, more than 75% of respondents reported that they have been in their current position 10 years or less. Given this finding, the relationship between number of total years in the career field and number of years in current role was explored.

The survey highlights this relationship and shows that individuals that have been in the career field longest were not necessarily more likely to stay within the same single position. Furthermore, this pattern indicates that most respondents relocated or changed jobs at some point during their careers as a way to either maintain employment in the face of economic downturn or to actively seek out career advancement in a setting with more opportunities.

This sentiment illustrates the nimbleness of ASHE members and was echoed quite often in answers to open-ended questions.

One important predictor of role satisfaction is, of course, compensation. Respondents (meaning the entire sample across all job categories and years in career field) reported a median salary of approximately $105,000. Furthermore, most respondents (82%) also reported that this salary was the highest salary that they have made in their career.

Taken altogether, these findings present a pretty optimistic picture, given that the median reported household income in the United States is $51,960, according to a May 2018 report from the Bureau of Labor Statistics.

Further exploration of salary differences are not covered here because of the relative small amount of salary data collected as compared to the entire ASHE membership, and because ASHE conducts an in-depth, biennial salary assessment that is reported separately in Health Facilities Management.

The research shows that many factors influence individuals’ career satisfaction beyond salary earned. One of these factors is a phenomenon called “social comparison.” This occurs when individuals purposely compare themselves with others on a highly valued attribute (e.g., salary, intelligence, attractiveness or skill) because they want to know more about their own standing, and “concrete” information does not seem to provide enough detail of this status.

This comparison has the power to influence the person’s emotional state and can influence the behaviors in which that individual chooses to engage. Consider the following situations:

First, imagine a situation where a newly hired person has been told that their starting salary will be $65,000. They have never made that amount of money before, so they are satisfied with this salary. Later, this person finds out someone in a nearby hospital with the same training and experience is making $80,000. The individual re-evaluates, and his satisfaction with his job plummets.

Second, consider a situation in which an employee is dissatisfied because of a less-than-optimal relationship with upper management or less-than-optimal salary. Then, they hear of a couple peers that have recently lost their positions due to budget cuts. Studies have shown that the employee is likely to change their satisfaction with work role and salary ratings after that comparison, even though there was no objective salary or work structure change. However, what changed was what the individual thought of as “normal.”

Salary social comparisons followed a different pattern, with lower scores being more frequent. Most respondents stated that their salary was “a little lower” (36%), “about the same” (29%) or “a little higher” (23%) than their peers. Interestingly, statistical analyses found that actual salary predicted levels of satisfaction, but only for those who also thought they were either paid much lower or much higher than others. Thus, salary only seems to be a major predictor of role satisfaction if people feel like they are much more highly paid or much less highly paid compared to others. Salary has much less of an impact on individuals’ level of role satisfaction if they think that they “run with the pack.”

Given this finding, respondents were then asked to deliberately consider what three reasons, events or happenings they were thinking of when they selected their social comparison ratings. This information attempts to pinpoint which social and historical context and settings are most important for predicting career satisfaction and, potentially, employee retention.

Negative attitude of upper management, lack of support and staffing, feeling underpaid, changing health care regulations, not enough challenge and micromanagement were most often cited themes for those who endorsed lower role satisfaction self-ratings and social comparisons. The concept of having upper management that was not sufficiently trained or aware of the field was an additional particularly strong theme.

This frustration was perhaps best stated by a respondent who wrote, “In most facilities, someone in my position would report to a certified facility manager. I do not. Therefore, a large part of my dissatisfaction is due to the frustrations of working beneath someone who cannot even describe what the word ‘compliance’ means or understands the concerns [health facility managers] are battling these days.”

Alternatively, team and upper management (including C-suite) support, the excitement and continual challenge of the work environment, autonomy, work flexibility, being able to work within the patient space and opportunities for career growth were commonly cited themes for those who stated they were about the same or a little above others in terms of career satisfaction.

Interestingly, those who self-rated as “much higher” in career satisfaction cited themes that included ability to influence major strategy and decisions, selecting staff, having the support of upper management when making these decisions and having the flexibility to always put family first. This final finding is particularly important because it suggests that individuals who are most satisfied and aware of how “good” they have it point to decision making, support and work-life balance as major drivers for their satisfaction as opposed to compensation.

The importance of training and certifications was a commonly stated theme that explained differences in social comparisons. Thus, the final portion of the survey explored the link between respondents’ career aspirations and tangible career building strategies.

Respondents were asked to share open commentary about how they got into their career field and steps they are taking to build their careers. Results indicated that most respondents had an extremely high interest in developing their own careers.

For example, approximately 44% of respondents stated that they “were always thinking about the things they could do to develop their careers,” and another 36% stated that they were “often thinking about the things that they could do to develop their careers.” Respondents also overwhelmingly (77%) reported that they had taken steps within the last year that would lead to career success, and that they “planned on taking action toward their career development in the next year” (78%). Most often cited intentions were “obtaining certifications,” “moving for job opportunities,” “joining ASHE committees,” “networking” and “seeking out additional responsibility at work.”

Finally, to understand member level differences in career satisfaction and career development, respondents were asked how they got into their chosen career field. Interestingly, respondents’ pathways into health care facility fields seem to differ by job category and generation. Most non-facility manager job category career pathways started with specific educational attainment or certification and a self-described passion for the field at a younger age (particularly for those “artistic” fields like health care design).

Conversely, facility manager respondents often cited prior military service, and construction or trade service training as their route into the field. Many pathway descriptions also had a strong “necessity is the mother of invention” feel to them, where respondents stated that they were looking for any position that would be stable and would pay well, and that they just happened to have come across a position for health care facilities. As one respondent put it, “I was dating a nurse, got laid off (not from health care), needed a job and found an entry-level position in the maintenance department where she worked.”

Regardless of the route into health care facility fields, the amount of time in the field or the exact job category, participating ASHE respondents reflect back a hopeful picture of the field. They are educated, driven, happy, industrious and willing to work hard to invest in their own futures.

These qualities will allow them to think and act nimbly in response to any upcoming changes to the health care system and their own health care facilities, protecting their legacy, reputation and allowing them to keep serving their most important clients, their patients.

Lisa Walt, Ph.D., is senior research analyst at ASHE. She is a social psychologist and methodologist, specializing in measurement and group processes. Her email address is lwalt@aha.org.

Make a resolution to advance your career