Hospitals dig into the science of building with new projects 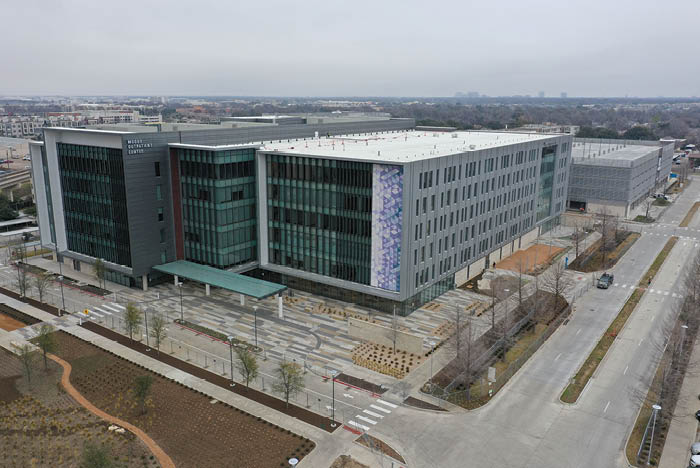 Technology’s impact on every aspect of our lives, businesses and industries grows each day, and health care is no exception. Before diagnosis and treatment, health care begins with the conceptualization, design, construction and utilization of the physical spaces in which care is delivered.

It has moved far beyond computer-assisted schematics and renderings, and has come to include hyper-realistic 3D imagery and life-size mock-ups that allow users to interact with proposed spaces and provide input that drives improvements and, ultimately, elevates the patient experience.

The designers of the new Cedars-Sinai Marina del Rey Hospital in California not only brought state-of-the-art health care to the community, but a design process that gave staff hands-on input — literally.

Emergency department staff asked that the bed and headwall of an exam room be rotated 90 degrees so the patient’s face could be seen from the doorway. Intensive care nurses examined grab bars, soap dispensers and shower curtains, and asked designers to move electrical outlets to avoid invading the patient’s space unnecessarily. Other requests included installing hand-washing stations deeper into walls to avoid splashing and a potential slip hazard.

Another long-term benefit of this ability to inspect “real-life” spaces is that they can then be efficiently and economically replicated in other rooms, clinics and surgery centers throughout the health system.

The team behind the Carilion Roanoke Memorial Hospital expansion in Virginia implemented gaming technology during its design process to maximize time management, client collaboration and patient satisfaction. The designers included gaming level virtual reality (VR) mock-ups that went far beyond typical digital renderings that rely on generic representations. Instead, the imagery was modeled to all specified equipment and finishes.

The design team provided virtual reality headsets that allowed hospital staff to “tour” the proposed spaces and, after scanning a QR code, access a digital survey that captured feedback in real time. More than 100 comments were gathered and considered in improving the designs before the construction process even began.

Nurses noted that a monitor on a headwall unit was mounted too high and might interfere with ceiling-mounted IV cable tracks. Members of the anesthesiology department provided critical feedback regarding the placement of equipment in relation to the patient’s position on the operating table.

The use of VR equipment was expanded to simulate patient experiences, from admission to post-op. The VR experience in hospital design enlightened everyone involved, including the designers themselves.

“I never learned so much about what makes an operating room function or a hospital work,” says Steve Moore, manager of innovative support for the firm Robins & Morton. “We gained significant mutual understanding that never would have happened otherwise.”

In addition to providing a vast range of state-of-the-art health care services, the designers of the project included state-of-the-art technology to drive innovation and inclusion. The construction team incorporated VR headsets for mock-up reviews by the client. End users “walked” through the space, examining furniture, computer monitors and other equipment, making sure that everything was in its proper place and avoiding costly change orders after construction began.

“This allowed a clear view of the layout, finishes and equipment that increased confidence and feedback,” says Mary Shields, virtual design and construction enhanced visualization specialist for design/build firm McCarthy/Crowther. “Providing this VR opportunity made the project more cost-effective and prevented delays.”

Does your health care organization consult with security personnel during design of new projects?