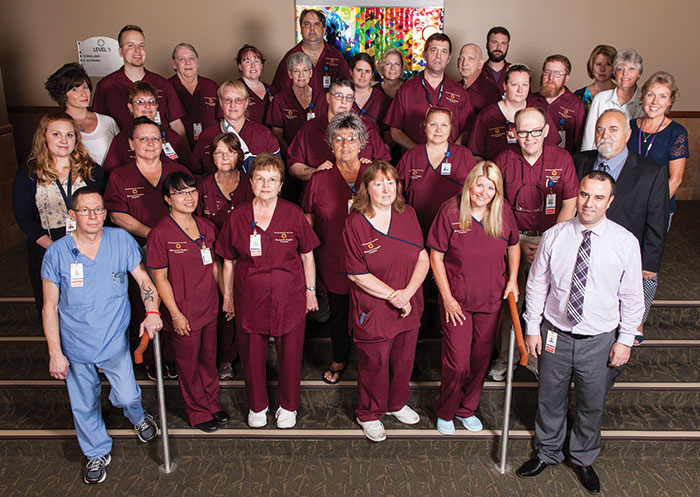 Association for the Healthcare Environment

“I’ve worked in large urban facilities where people took mass transit to work and felt like they were going to a factory,” notes ES Director Michael Catanzaro, FAHE, MREH, CLLM, CHESP. “But here, we’re a community. Everybody lives within a four-town radius of the facility, so they’re taking care of friends and family. It really makes a difference in their attitude and the pride they take in their job.”

Wentworth-Douglass, however, does not take employee loyalty for granted. ES employees have many opportunities for growth, from tuition reimbursement and continuing education classes to the ability to earn a higher job classification by acquiring new skills and participating in the hospital’s cross-disciplinary Lean Six Sigma program to improve operational excellence. The department also recognizes workers individually and collectively for their dedication and accomplishments.

“We go out of our way to celebrate the positives,” emphasizes Catanzaro.  Workers receive bonuses when the department meets annual targets and enjoy frequent pizza and ice cream parties when smaller goals are attained or as an appreciation for their hard work.

The ES team’s upbeat morale and can-do spirit help to explain the department’s relatively low employee turnover rate of less than 17 percent, as well as very high Press Ganey scores for both room cleanliness and courtesy on the part of the person who cleaned the room: in the top 5 percent (of the Press Ganey database) for eight straight quarters.

“In fact, for most of these quarters, Wentworth-Douglass achieved the highest score in the database, ranking at the 99th percentile,” wrote Greg Pautler, Press Ganey Associates’ Northeast regional president, in a letter to Catanzaro dated May 11, 2015. “Providing a safe and healing environment is a key component to improving the patient experience, and your team is doing a phenomenal job.” 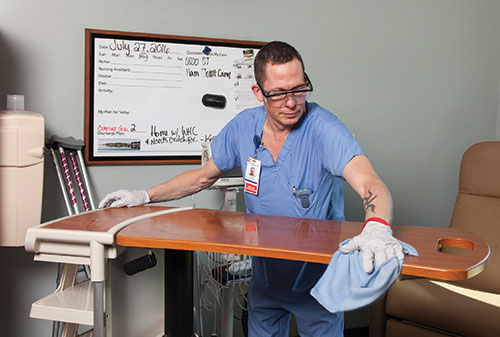 Dean Degenaars is one of the Wentworth-Douglass team members whose work has resulted in very high Press Ganey scores for both room cleanliness and courtesy.

These scores are all the more impressive given that the hospital’s administration required departments to reduce costs while maximizing services. Prior to 2013, the 60-person (51 full-time equivalent) ES department cleaned and maintained approximately 363,000 square feet of space. The ES team became responsible for an additional 130,000 square feet (a 38 percent increase) with the opening of a new wing without added staff.

For these and other reasons, judges chose Wentworth-Douglass Hospital as the Environmental Services Department of the Year in the smaller health system category. Sponsored by the Association for the Healthcare Environment and SCA, the award recognizes outstanding ES performance in 16 critical areas. Health Facilities Management is the media partner for the award.

Operations excellence (OE) is an approach to continual, measurable improvement that focuses on the needs of the customer, empowering employees and optimizing processes through collaborative problem-solving. The purpose of OE is to help an organization to identify, value and desire measurable outcomes; to continuously improve operations to perform at the highest level of safety, quality and service; and to achieve successful results. 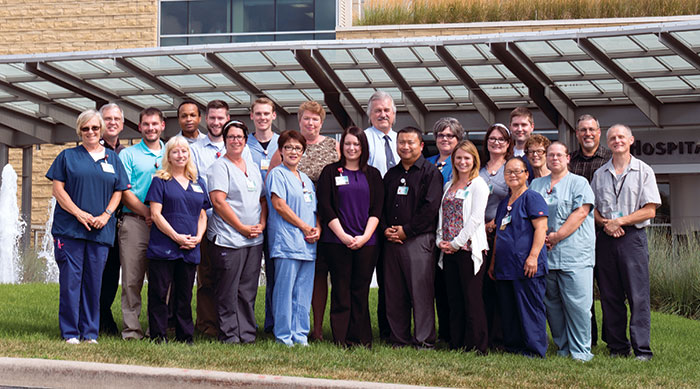 Using the Lean Six Sigma toolkit, an organization sets up OE projects that break down work processes into component parts. “The important thing is involving the key stakeholders in each project, including staff from all three shifts,” says ES manager Caitlin Collins-Heon, BS, REH, one of 23 active green belts out of the hospital’s 2,300 employees. “We look for [inefficiencies], such as actions that are repeated unnecessarily, to reduce unproductive time.”

In 2015, a major OE project in the department realized efficiencies by rescheduling daily floor care tasks from the first to third shift to eliminate interruptions; using the contract laundry company to sort scrubs, previously the responsibility of the ES team; and consolidating job duties for trash and linen.

ES employees have also served on OE projects in other departments, including transportation, plant operations, security and surgical services. An important aspect of Lean Six Sigma is integrating colleagues from different disciplines on teams to encourage innovation. “Sometimes fresh eyes see things that experts miss,” Catanzaro explains. “The old saying about not being able to see the forest for the trees is very true when people focus on one area.”

Abdul Chaggouri, CEH, an ES supervisor and OE project manager, points to the important role played by front-line workers on Lean Six Sigma teams. “We describe a situation and ask them to come up with decisions,” he says. 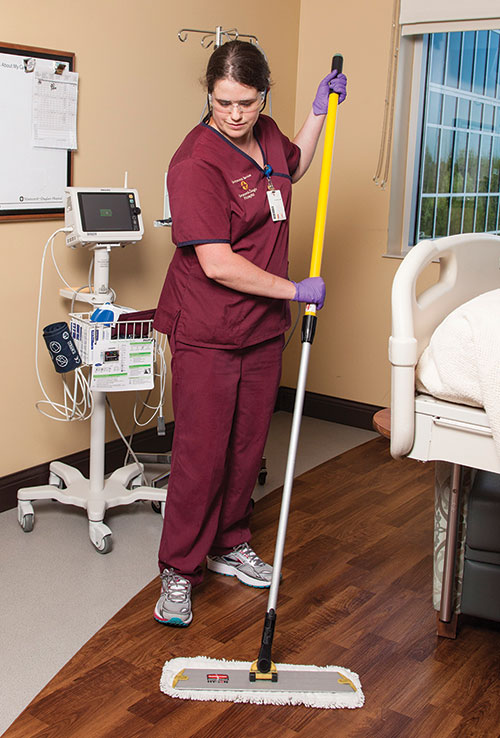 Besides performing its usual duties more efficiently, the ES department proactively assumed additional responsibilities in 2015 to improve overall hospital productivity and quality of care. For example, ES staff took over the between-case cleaning of the cesarean-section room, formerly the responsibility of nursing staff, and dramatically reduced turnover times.

“Previously, there had been some challenges with consistency,” shares Martha Wassell, MPH, MT (ASCP), CIC, the director of infection prevention at Wentworth-Douglass. “Involving environmental services and getting everyone doing everything exactly the same way each time has made a big difference.”

The emphasis on collaboration has paid off in many ways. Most importantly, ES employees view themselves as a team of caregivers who put patients first, notes Wassell, who worked at other hospitals before joining Wentworth-Douglass in May 2015.

“Their commitment to customer service is unlike anything I’ve ever seen before,” she says. “For example, environmental services staff go out of their way to help patients and visitors with wayfinding. They don’t just point people in the right direction but walk side by side with them and speak to them with such kindness the entire way.

“They are so proud of their workplace. You can hear it in their voices and see it in their actions.”

Environmental Services Departments of the Year