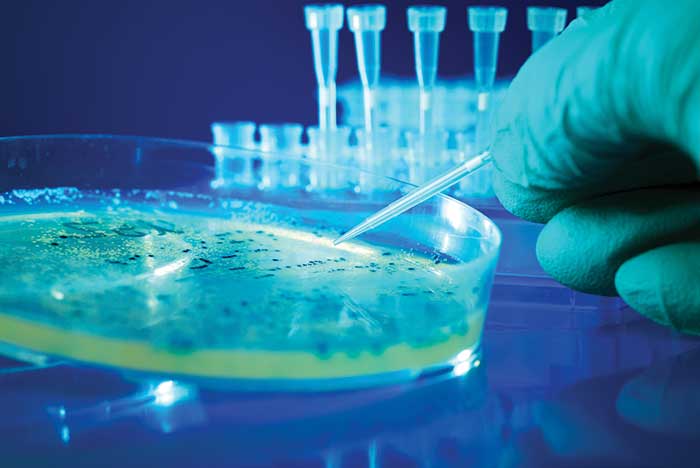 If researchers are going to find answers on how to reduce health care-associated infections, they will have to develop a better understanding of the role the environment plays in disease transmission. That’s exactly what scientists from Argonne National Laboratory, the University of Chicago and others from around the country are doing.

The Hospital Microbiome Project has provided a wealth of data on how microbes — some dangerous to patients, others not — populate hospitals. In their work, researchers like Jack Gilbert, Ph.D., professor in the department of surgery at the University of Chicago, tested thousands of microbial samples from a new Chicago hospital pre- and post-occupancy to learn how microbes were transferred around the building.

Full results from the yearlong study soon will be printed in a peer-reviewed journal, but a couple of findings have already been published.

“Both of those papers show very exciting findings with regard to how the environment in which bacteria find themselves changes and fluctuates over time. We often think of these building environments as being incredibly stable, and they’re really not,” Gilbert says.

This indicates that when there is higher moisture around and there is a greater humidity level, there’s a greater likelihood that organisms have the capacity to move between hosts more freely, possibly because they survive outside of the host for longer, according to Gilbert.

This research could lead to additional studies that would indicate how to slow the spread of antibiotic-resistant bacteria in care settings by better controlling conditions from room to room.

Sentara's research prompted it to make copper a regular fixture in its infection control strategy.