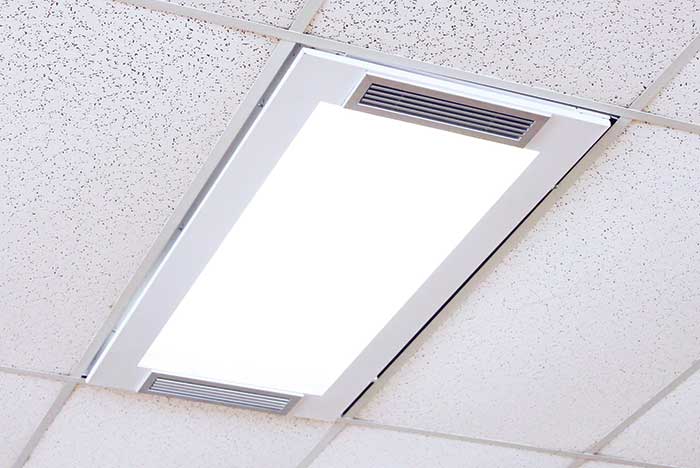 When caregivers at Driscoll Children’s Hospital, Corpus Christi, Texas, detected a musty odor emanating from one of its patient rooms, Nancy Fallwell, R.N., director of infection prevention and control, decided to investigate.

Facility staff checked the piping system and walls as a possible source, but failed to find anything. The hospital called in two different contractors to take air samples and both identified that low but unacceptable levels of bacteria and fungi were present, Fallwell says.

Driscoll, a freestanding pediatric facility offering complex and comprehensive medical and surgical care for children, is located near the Gulf of Mexico and the high humidity it generates can result in bacteria and fungus forming in buildings.

“We didn’t have any infections caused by the organisms in the patient room, but we were not comfortable with the results of the air sampling. We needed to search for an answer and do better for our patients,” she says.

To prevent a problem from developing, the hospital decided to install an air treatment system with UV-C light that neutralizes airborne microorganisms. The UV-C air purification system continuously draws the room air into the unit’s irradiation chamber and returns treated air back into the room.

"The results of the study physically and financially supported our integrating the system into our health care-associated infection prevention protocol. The continual scrubbing of the air provides a safer and cleaner environment for our patients, staff and visitors," Fallwell says.

Even though air samples taken in other patient rooms on the same floor showed that the bacteria and fungi were at safe levels, the hospital installed the UV-C system in each room to prevent a problem from developing.

The hospital plans to expand its use in patient rooms throughout the hospital in part because it is an older facility with elevators near the front entrance, which can allow pathogens to enter and possibly affect immunocompromised patients among the facility’s population, Fallwell says.

The hospital conducts random air samples in patient rooms where the UV-C system was installed, and the results show that the system continues to maintain decreased pathogenic load even in spaces where lower levels originally were found, she says.

Using integrated lean project design methods, the design and construction team worked with hospital staff and patients to bring this project in $60 million under budget.

Medical tower built under budget is designed to 'sip' energy

How an ES department can add to its hospital's bottom line

Has your health care organization adopted recycling as a revenue stream?