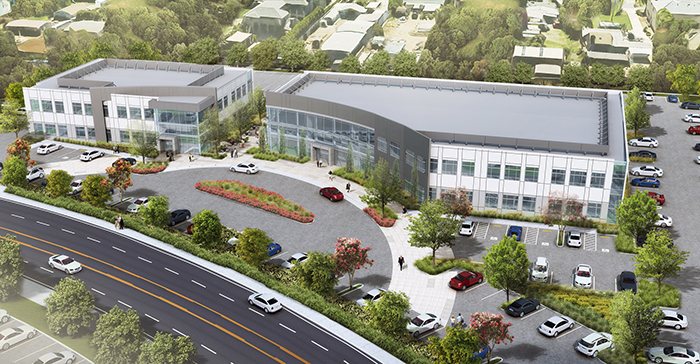 Newport Heights Medical Campus will include the capacity for technological features unlikely to be found in the older buildings.

With an aging, outdated stock of medical office buildings (MOBs) with high occupancy rates in the Newport Beach, Calif., area, one developer is forging ahead with plans to build two new outpatient health care facilities that will support new technology.

The two adjacent facilities will include the capacity for technological features unlikely to be found in the older MOBs, says Jason Krotts, a principal with Real Estate Development Associates (REDA), Newport Beach.

Newport Heights Medical Campus, which will comprise a combined 64,000 square feet of space, will provide data management and other digital services at a lower cost by utilizing a more nimble local service provider rather than a national company, Krotts says.

Balboa Technologies, also of Newport Beach, can scale bandwidth to fit the needs of building owners, a major advantage as REDA works at signing leases with physician groups and doctors whose technology needs won’t be known until they agree to a deal, adds Krotts.

With increased use of digital technology for functions from maintaining electronic health records to signage for marketing to patient directories, the bandwidth flexibility will allow REDA to accommodate all physicians and reduce costs, he says.

The focus on technological capacity also enables the architects to put patients first and free up space for clinical needs as opposed to cabinet storage found in older MOBs.

“No longer is there a space requirement for chart rooms or big rolling file cabinets of patient records, because it is all stored on a server or in the cloud,” she says.

By reducing storage needs, the firm designed the buildings with more space for exam, imaging or processing rooms so that clinical offices can be customized.

“This also allowed for greater flexibility in the size of individual medical offices so that each physician or team of physicians can utilize the space exactly to their patients’ needs,” Volkova says.

Additional space was saved in the facilities because physicians, who are not in the MOB every day, can share offices, waiting rooms and resources such as staffing, if appropriate, Krotts says.

Even digital branding screens can be shared and modified for individual needs. For example, the waiting room monitor can be switched to display content and even digital artwork appropriate to which doctor is in that day.

The medical campus has received approval from California's Office of Statewide Health Planning and Development to build an outpatient surgery center, Krotts says. Completion of the campus is expected in 2017.