Logout
Home » The case for having longer, but fewer, facility planning meetings
Planning

The case for having longer, but fewer, facility planning meetings 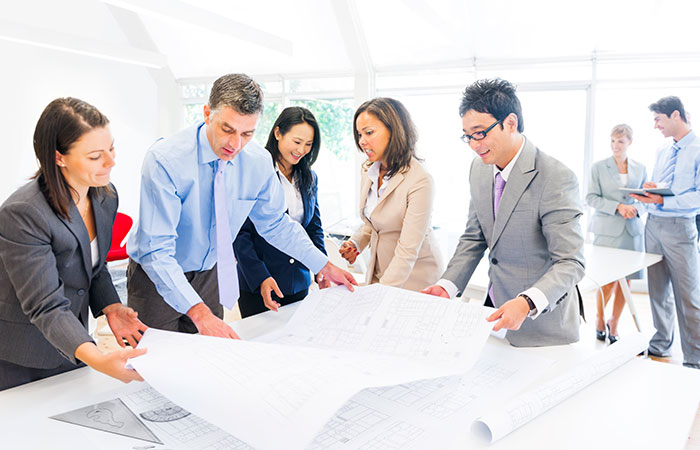 Can longer but fewer planning meetings speed up the hospital design process?

The challenges involved in a lengthy facility design planning process are painfully familiar to all who have participated. The planning phase drags on over months and sometimes years. There is an endless series of often unproductive meetings during which nothing seems to get decided to anyone’s satisfaction due to “turf wars” and conflicting priorities. Key staff can feel left out of the process. An us vs. them dynamic often emerges, when frustrated health care staff don’t feel heard by out-of-town designers or even their own leadership team.

This fragmented progression can increase the chances of decisions being reversed and recast in later phases, which can have a negative impact on time and cost. However, there is a seemingly paradoxical alternative that can actually speed up the planning process and encourage consensus: having meetings that are longer, but more effective.

What is optimized planning?

Optimizing the planning process by having longer meetings can reduce your design time 30 percent or as much as 60 percent. Optimization goes beyond the simple matter of meeting length: It is a consensus-driven, empirically proven process that results in faster, more predictable and more widely accepted solutions. Designers and health care staff gather in one room for extended meetings, a process that if done correctly encourages transparency, education and consensus.

With optimized planning, senior leadership’s buy-in on an optimal conceptual solution can be arrived at in a matter of days rather than months. A single extended meeting may well replace three or four conventional meetings that are spaced out over weeks and months, so people spend less time traveling.

Because optimized planning improves consensus between all key clinical, administrative and ancillary team players, there is both the need and opportunity for compromise and collaboration. The client team and designer team agree more readily when all team members are educated about key challenges, priorities and agendas. As a result, there are fewer design changes in later stages, and projects stay on track in terms of scope and schedule.

Forthright, open-forum discussions expedite consensus, build trust and facilitate compromise, not only between architect and client, but also between different parties within the health care system. Participants in an optimized planning process get to hear each other out, to weigh in, to address and resolve conflicts out in the open. Ultimately, all stakeholders benefit from an increased sense of ownership in the new design.

How to optimize your planning process

The first key to optimized planning is creating a comprehensive invitation list. When Saint Barnabas Medical Center in Livingston, N.J., set out on a $250 million expansion, for example, the design team at its planning meetings included architects, engineers, interior designers and equipment planners. On the client side, administrators, clinicians, facilities team members, information technology staff, representatives from infection control teams and family advocacy groups all had a voice. Francis Cauffman, the architecture firm that convened Saint Barnabas’ optimized meetings, found that with everyone participating in the creative process, decisions happened faster and “stuck” more firmly. The programming process for a project of this magnitude usually would take six to eight months, with three to four programming meetings and four to five schematic meetings. Holding three extended work sessions using the optimized planning process allowed the Barnabas team to accomplish it in just three months.

Having assembled an invitation list of all the key players — architects, engineers, interior designers, clinicians, administrators, support teams — prepare to hold two- to six-hour meetings. Doing so requires the design team to conduct deep-dive research prior to extended work sessions, which may include on-site observation time as well as preparation of material for the group to review. The payoff for this preparation is that the team is then able to move the client through a formidable amount of information to arrive at key planning and design solutions with sign-off at critical milestones. One important tip: Always have a printer in the room, so sign-offs can be done when decisions are made.

Honest discussion of potentials and alternatives means that whatever material is being reviewed or prototypes are emerging, they can be altered live in the room. This requires the design team to be quite nimble, responding rapidly and intuitively to the client’s input — but the result is the excitement of evolving an optimal solution in real time.

Setting the stage for design

Holding intensive meetings in the early stages of the planning process prepares everyone for the schematic and design development phases. Later, during extended meetings, the design team can drill down into resolving detailed issues by using 3-D computer models live in the room to reflect changes and enhancements to specific key spaces, consolidating time and decision-making through the entire process.

Understanding 3-D space can be tricky for those who are not designers, so designers can use a variety of hands-on tools to explain the issues visually. The tools include everything from low-tech Styrofoam stacking models to precedent images of new prototypes for key spaces and sophisticated digital overlays that compare proposed and existing spaces. The latter, in particular, can be game changers. Imagine, for example, a physician who protests to the design team that a proposed series of cesarean-section suites sounds as though it will be smaller than the current ones, and will result in a jammed operation room suite. Being prepared with comparative graphics allows the architects to dispel such misgivings about a proposed solution quickly and demonstrate on the spot how a plan will actually work.

It can be challenging to implement optimized planning with clients who are resistant to change. One way that designers can overcome reluctance is by rolling out the system gradually, without explicitly telling the client that a dramatic new procedure is underway. Planners can customize the process for different organizational structures and use their tools selectively.

Sometimes the tight parameters of a project can be used to leverage buy-in. When Pinnacle Health in Harrisburg, Pa., needed its behavioral health unit to be relocated and fully operational within six months, the designers at Francis Cauffman made a promise: “Give us two days of leadership time to focus on the key planning and design issues, and we’ll meet your deadline.” Though the client was dubious, it agreed to go ahead with the optimized process. The new unit opened ahead of schedule.

The process is, not surprisingly, most successful when there is an existing culture of collaborative decision-making. At Saint Barnabas Medical Center, for example, senior leadership was enthusiastic about the process from the outset, committing at least one leader to being present at all times. As a result, programming and schematic design services were completed for 28 clinical and administrative departments within a three-month window, allowing the client to arrive at a real project cost efficiently. Either way, clients who have adopted this way of working usually become converts and embrace the method on future projects.

Although some administrators may balk when introduced to optimized planning, those who have experienced it understand its value. Given a client who’s willing to adapt, and a design team that’s willing to put in the preparation time, optimized planning can be transformative in evolving a solution that achieves total team buy-in. The bottom line is that less time spent in design meetings means more time focusing on the people who matter most: the patients.

Resilient design ensures NYC facility is prepared for the unexpected

Meetings of the minds