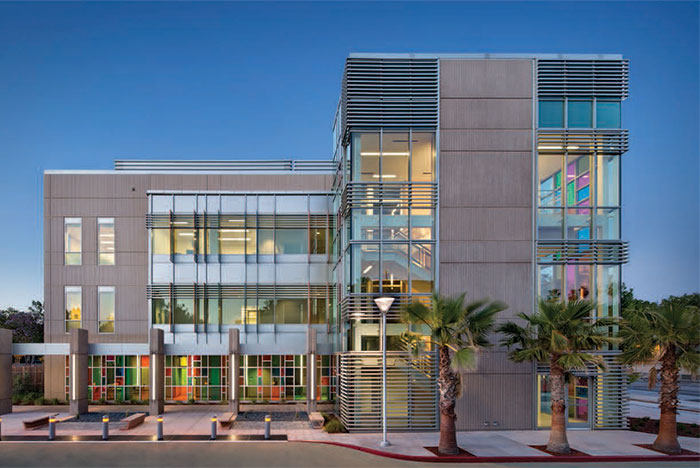 The new $38 million Valley Health Center in downtown San Jose, Calif., provides care to an underserved community and pays homage to the heritage of its residents with its Spanish-influenced design.

More than 60 percent of residents living near the health center are of Hispanic descent. While the health center serves the present and future needs of a developing city, the facility’s design also reflects the unique heritage and setting of downtown San Jose. 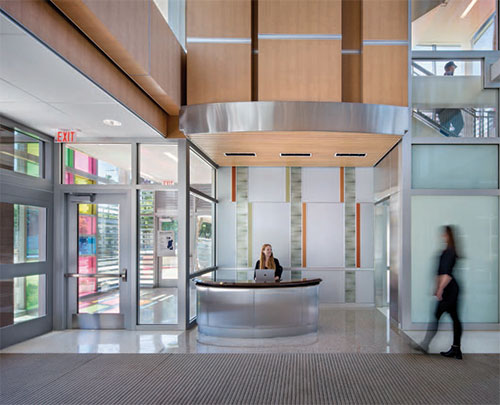 The architecture features rhythmic placement of rainbow-colored glass fins and integrated horizontal sunshade screens with extensive use of multicolored glass panels throughout the building.

The bold colors, which pay tribute to Mexican architect Luis Barragán and artists such as painter and muralist Diego Rivera, impart a strong visual identity to the building to offer an uplifting effect on patients and staff, according to design firm Ratcliff, Emeryville, Calif.

In recent years, local government and private entities have actively promoted the development of high-rise projects in the San Jose city center. However, in the larger downtown area, vast tracts of early 20th-century, single-family residences still predominate, and there a historic district that dates to the Spanish Period of the late 1700s.

The facility provides a range of care, including family medicine, pediatrics, OB-GYN, laboratory, pharmacy, radiology and behavioral health. It also features an urgent care clinic that is open for extended hours seven days a week.

The high-performance building envelope allows in natural light, but keeps out heat and solar exposure in the warm climate. The building provides thermal comfort with a healthy, energy-efficient ventilation system. The architects achieved a Pacific Gas and Electric Co. Savings by Design rebate of $150,000 for energy-efficient design that exceeds California Title 24 standards. 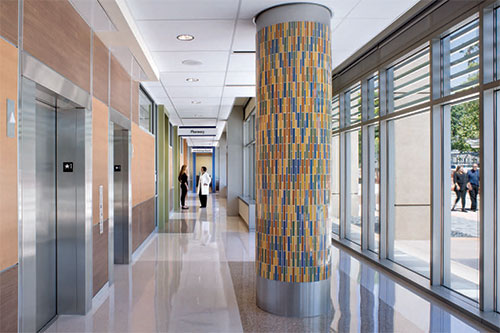 The design team took a comprehensive approach to addressing flexibility, beginning with the building structural system and working down to the size and infrastructure of individual rooms.

Physician offices can be converted to clinical spaces without requiring a remodel. The site also allows for the addition of a new medical office building by replacing the existing surface parking lot with a multilevel structure.

Because many clients rely on public transportation, the facility’s location at a transit gateway to downtown San Jose is advantageous for both patients and staff. The facility is served by a major bus corridor and in proximity to a future Bay Area Rapid Transit station, which was a significant factor in its attaining LEED Gold certification for new construction. Mandated by the county to achieve LEED Silver, the project team raised the bar with other energy-efficient and green building elements, including:

Golisano Center for Community Health in Niagara Falls fulfills mission of care, services for all