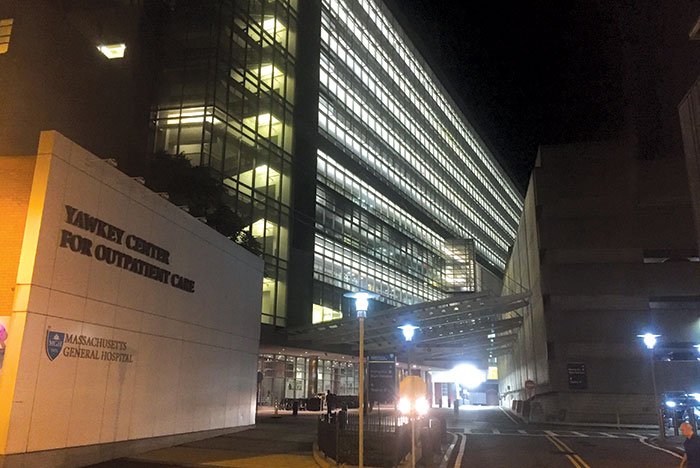 A project at the Yawkey Center for Outpatient Care consisted of replacing 890 fluorescent fixtures with LED lighting.

Thanks to a partnership with two local utilities and an energy conservation firm, Massachusetts General Hospital (MGH), Boston, is projected to save $1 million annually from a systemwide lighting retrofit program.

Fairbanks Energy has secured more than $1.5 million in financial incentives from Eversource Energy, Boston, and National Grid USA Service Co., Waltham, Mass., for the project, which began in 2014. Incentives help to defray the hospital’s costs.

When all lighting retrofits are finished, the annual energy savings for the entire project will total over 7 million kWh, Fairbanks says.

“By working closely with the hospital, we have been able to help conserve their energy usage while also utilizing one of the country’s most robust utility incentive programs to provide a great project return on investment,” he adds.

While the bulk of the energy savings for the systemwide project is derived from the lighting retrofits, Fairbanks also has assisted MGH with other conservation actions, including retrofitting steam traps and upgrading building automation controls.

Recently, Fairbanks Energy completed a lighting and advanced controls retrofit at the Yawkey Center for Outpatient Care at MGH. The project consisted of replacing 890 fluorescent fixtures with LED lighting.

About one-third of the lighting in this project was equipped with a system that maximizes energy savings by providing automated granular dimming in response to both occupancy sensing and daylight harvesting.