Move marks the opening of new children’s hospital in Buffalo 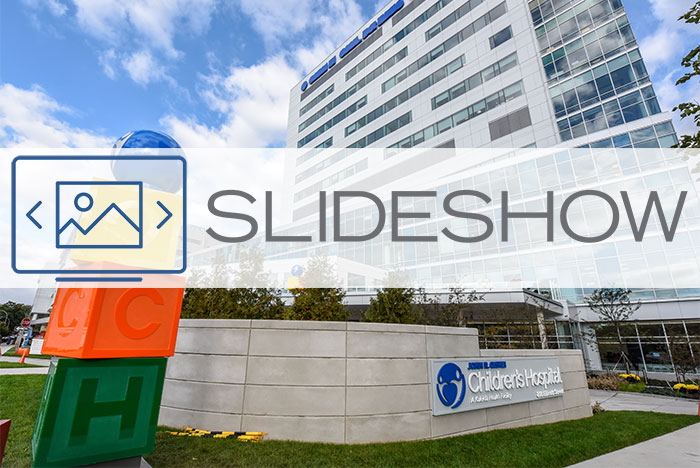 The delicate and successful transport of 125 inpatient mothers, children and infants from Women & Children’s Hospital of Buffalo (N.Y.) to the new John R. Oishei Children’s Hospital marked the official opening of the new facility located on a medical campus in downtown Buffalo.

The new 400,000-square-foot hospital replaces a 125-year-old facility and aims to consolidate and rightsize care in a new setting. It was constructed and designed with children and families in mind by Boston-based architecture firm Shepley Bulfinch.

The bright colors, 360-degree views of the city and distinct Buffalo-inspired themes portrayed on each floor, designed to help families navigate the new space, give the new hospital a welcoming environment.

Collaborations and programming by local musicians and artists from the Albright-Knox Art Gallery, Burchfield Penney Art Gallery, Frank Lloyd Wright's Darwin D. Martin House Complex among others aim to harness the power of the arts to provide patients and their families with a physical and emotional healing experience.

The new hospital is an integral part of the Buffalo Niagara Medical Campus, an innovative and collaborative space in the heart of downtown Buffalo.

The hospital will benefit from proximity to Buffalo General Medical Center, Gates Vascular Institute, Roswell Park Cancer Institute and the new Jacobs School of Medicine and Biomedical Sciences at the University at Buffalo.

The move to the hospital started early Nov. 10 as care providers, specialized pediatric and neonatal transport teams, along with the hospital’s partners at American Medical Response, began transporting patients individually by ambulance. All patients were transported the 1.2 miles to the new hospital in less than 12 hours.

One by one, patients were transported to their new rooms at Oishei Children’s Hospital accompanied by several prep and transport care providers. Receiving teams on each unit decorated patient rooms with balloons and streamers, even hosting their own individual ribbon-cutting ceremonies to make patients feel welcomed and more comfortable in their new space.

The new facility is named after industrialist and philanthropist John R. Oishei, a native of Buffalo, who is credited with inventing and manufacturing the windshield wiper at Trico Products Corp., Buffalo.