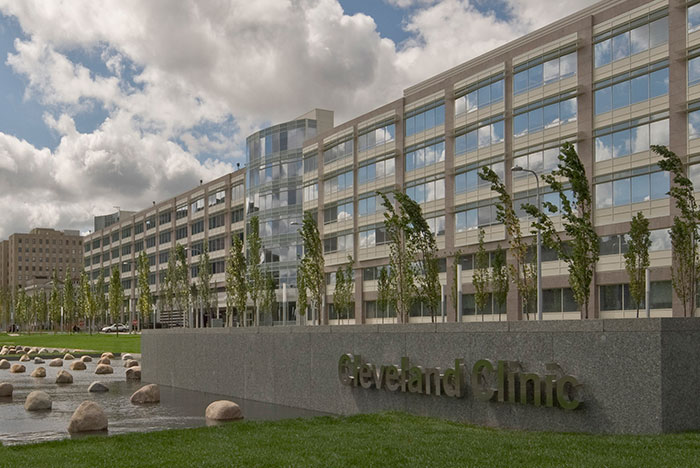 Cleveland Clinic is expanding successful energy-saving strategies it has implemented and purchasing renewable energy to reach its goal of being carbon-neutral in 10 years.

For the past decade, Cleveland Clinic has embarked on a systemwide sustainability drive that could make some health systems green with benign envy.

The effort has encompassed energy and water-reducing strategies, energy-efficient facility design, environmentally friendly purchasing and an aggressive recycling effort. And everyone from the top down pitches in — it’s all part of the culture at Cleveland Clinic.

So far, so great. In 10 years, the hospital and health system have saved an estimated $50 million in energy costs and $30 million in materials purchased, diverted more than 100,000 tons of material from landfills and saved more than 600,000 trees, says Jon Utech, director of Cleveland Clinic’s office for a healthy environment. 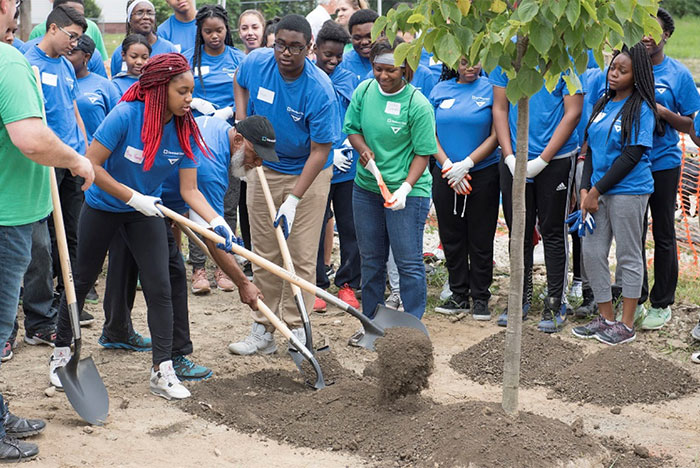 “Our CEO, Toby Cosgrove, saw the importance of the environmental-sustainability movement and its relevance for health care,” Utech says. “Environmental health and human health are linked, so we’ve been working on this for 10 years.”

The health system plans to accomplish that by expanding the successful use of energy-saving strategies it has implemented and by purchasing renewable energy such as wind and solar from the power grid. It also will implement on-site energy systems where it makes sense.

The purchases will offset greenhouse gas emissions generated by energy used by health care and administrative facilities on the main campus, in the region and even out of state, Utech says.

The strategies include expanding the installation of LED lighting, which will be used in all new construction, and retrofitting fixtures in existing facilities by the third quarter of 2018, he says. More than 400,000 LED tubes have been installed in facilities, saving more than $3 million in energy costs annually.

Operating room (OR) setbacks have been a key energy saver in the past and part of the plan going forward, too, he says. The number of air exchanges are drastically reduced when ORs are not in use and are maintained at the required rate rather than exceeding it during surgeries, he says.

The optimization of HVAC equipment and especially chillers is a major strategy for cutting energy use now and in the future. Those steps help to maintain patient room temperature ranges to save more energy, he explains.

Through its online Energy Savings & You program, Cleveland Clinic engages its 51,000 staff and its contractors to save energy whenever possible. For staff, that could be as simple as turning off the lights, TVs and computers to save energy, he says.

While the health care system diverts 38 percent of all nonregulated waste from the landfill now, the goal is to get that level to 100 percent in 10 years. It will continue to encourage staff to recycle and also increase use of recyclable packaging with help from its suppliers, he says.

Another goal is to reduce water consumption by 10 percent by installing low-flow showers and faucets in new construction and existing buildings over time. Cooling-tower water use will be optimized too, he says. Total savings will add up to about $1 million annually.

“We ultimately are trying to impact the health of the population that we serve and these goals guide our work,” Utech says about the ongoing sustainability initiative. “We also want to inspire others to follow us since improving air quality, reducing carbon pollution and improving water quality benefits everyone.”

The health system continues its sustainability journey with a goal to achieve carbon positivity by 2025.