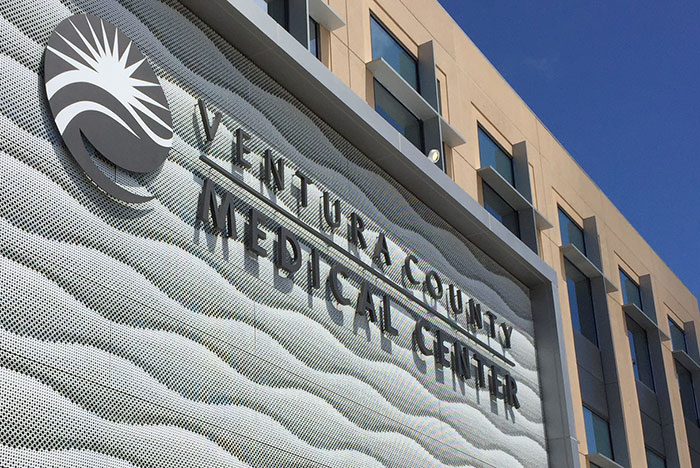 The designers of the new Ventura County Medical Center used an innovative method to speed up construction and increase planning efficiency.

Health care design and construction projects have become increasingly complex as organizations strive to deliver the best patient outcomes. To meet inherent challenges, forward-thinking health care operators not only are using design-build, but asking their design-build teams to incorporate innovative ways to push the limits of this delivery method.

Too often, traditional delivery methods result in siloed workflows that create conflicts and costly change orders. The traditional design-bid-build approach also can create gaps between design development and construction, which leads to budget overruns and schedule delays. A design-build methodology, on the other hand, aligns design and construction goals, minimizes budget creep and maximizes value for the client.

While this model is not new, incorporating an integrated delivery model with incremental permitting and a collaborative review process creates a hybrid that can yield big dividends for the building owner. That is exactly what Clark Construction and design partner HOK did at California’s Ventura County Medical Center (VCMC) hospital replacement wing to deliver the project in just 48 months. Examining this project’s unique design-build components offers valuable lessons that could influence health care construction standards nationwide.

VCMC integrates hospital, clinic and specialty services in one location, providing all Ventura County residents, and particularly the underserved, with access to high-quality and compassionate health care. Design began in 2013 on the four-story, 248,000-square-foot wing to replace portions of the existing hospital completed in the 1910s and 1950s. The project brings the medical center up to California’s seismic requirements. 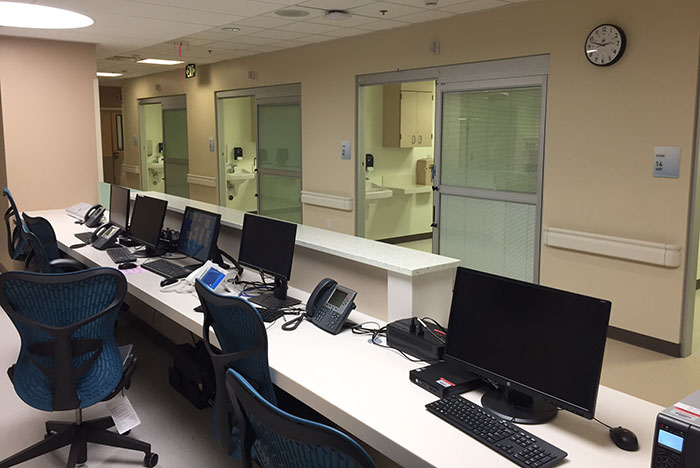 An overarching goal of the project was to demonstrate to California’s Office of Statewide Health Planning and Development (OSHPD) how to successfully deliver the state’s first design-build hospital program without bridging documents. To achieve this, the design team had to incorporate exceptional design-build best practices, essentially “design-build done right” from procurement through project completion.

Schedule, program and design excellence became the project’s three primary drivers. The alignment of these elements required a highly collaborative approach with construction, design and client feedback informing every major decision. From early on in the process, the design-build team balanced the project’s budget and goals with the design vision, working to streamline scheduling, trade sequencing and constructability.

To accelerate permitting, the team established a Collaborative Phased Plan Review process with OSHPD. To further minimize agency delays during plan review, the team held initial meetings with OSHPD staff to solicit general input and concerns that could be worked into the early stages of the design process.

To expedite the schedule and begin construction at the earliest possible date, Clark and HOK broke the project into 18 different segments. This approach allowed the design, permitting and site work to occur incrementally. Construction on each segment began as soon as there was sufficient design for the contractor to start building.

The team’s procurement plan enhanced collaboration through involvement of early trade partners, short-listed from relevant experience along with the use of a fair and transparent evaluation process. In addition, confidential meetings were utilized to discuss each respective team's design solution and address certain risks, including the contract, which was distributed in the request for proposal (RFP).

By removing silos, the design-build approach resulted in lower overall costs and faster speed to market. This was done through a design analysis that included early design performance comparative feedback on: 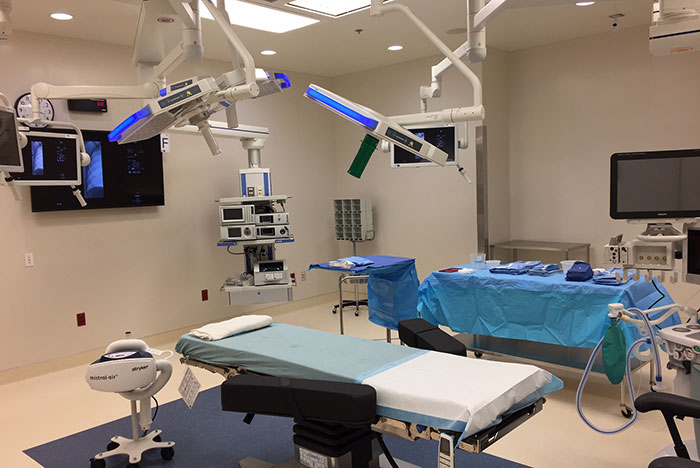 Additionally, because of the project’s complexity, the team developed an extensive building information modeling (BIM) process coordinated with all disciplines. Specifically, the team designed the facility using a model to identify any potential issues before they could have an impact on construction. Extensive mock-ups and material samples for such critical areas as ORs, helped to create early consensus that further accelerated the design and planning stages.

Once construction was underway and plans changed, the BIM quickly incorporated alterations and provided new 3-D images that could be communicated clearly to all stakeholders. Everything — from existing underground utilities to the medical equipment in the patient rooms — was mapped and modeled in the system.

Quarterly partnering sessions, chaired by a third-party Lean consultant, ensured that all players — including consultants, trade partners, inspectors and hospital and county executive leadership — were aware of the project's progress and deadlines.

To enhance communication even more, the project team co-located on the medical center’s campus in a former clinic building. Having the contractor, owner’s representative, architect, and other key stakeholders on-site increased the efficiency of discussions with hospital staff and administration.

Working collaboratively in this open-office environment facilitated informal conversations among team members, virtually eliminated miscommunication and sped up decision-making. Clark and HOK actually co-located during the RFP process, so the team was already accustomed to working closely together before moving on-site to VCMC.

Design-build provides benefits for both owners and practitioners. Owners experience faster delivery, cost savings and better quality than other contracting methods. Dealing with a single entity diminishes the administrative burden and allows the client to focus on the project, rather than managing separate contracts. Practitioners, meanwhile, can see a higher profit margin from design-build projects, because an integrated team is fully and equally committed to controlling costs.

The VCMC hospital replacement wing opened in August 2017 and, in so doing, accomplished its early goal of proving that a design-build OSHPD hospital can be built quickly and efficiently. More important, though, is the impact the hospital’s expansion is already having on the health and wellness of Ventura County residents.

The benefits of co-locating design and construction teams