Has your health facility implemented an energy-efficiency project in the past year? 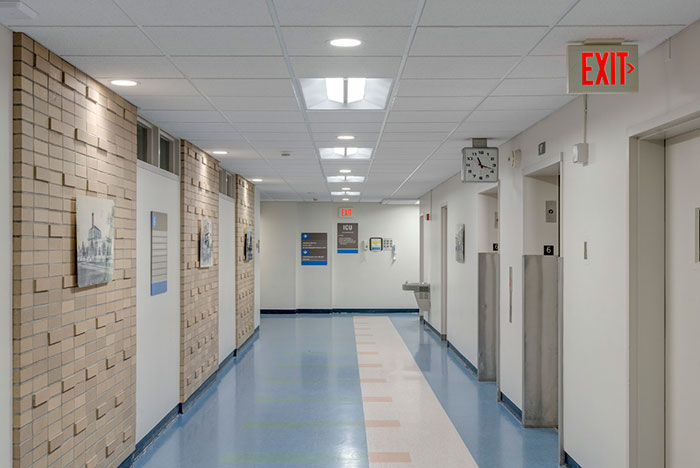 McLaren Health is installing 25,000 outdoor and indoor LED fixtures throughout its 11-hospital network.

When it comes to achieving bottom-line savings in a health care facility’s budget, energy efficiency is often one of the easiest places to start. Not only is it fiscally responsible, but the sustainability aspects of reducing energy use and carbon footprint play into health care’s overall mission to foster well-being.

There also are many ways to reduce energy. Low-cost options are a good entry point for those just starting their energy-efficiency journey, while some who are further along have implemented programs with a high first cost but a great return.

Some hospitals take an A-to-Z approach with a range of short- and long-term investments. For instance, in "Hospitals fine-tune systems to achieve energy savings," Russell Regional, which now has an Energy Star rating of 100, shares that its consultant helped it to invest in low- and high-cost projects. The lowest-cost projects with the quickest returns on investment included replacing fluorescent lighting with energy-efficient T8 lamps. The expensive projects, with the longest paybacks included the chiller and boiler replacements.

Massachusetts General Hospital, Boston, secured utility incentives to help it complete lighting retrofits across its 6-million-square-foot campus. The hospital projects that the switch to LED will save it $1 million annually.

Recently, the American Society for Healthcare Engineering (ASHE) recognized a number of hospitals for their energy-efficiency efforts as part of the Energy to Care program. While several hospitals received Energy to Care awards, Barnesville (Ohio) Hospital took home the top honor as this year's Energy Champion. In 2016, Barnesville Hospital recorded an Energy Star score of 99, which means it was more efficient than 99 percent of similar U.S. facilities.

McLaren Health Care, Flint, Mich., launched a lighting retrofit project that it expects will save $1.6 million annually. The project involves installing 25,000 outdoor and indoor LED fixtures throughout its 11-hospital network. Health system officials say it should receive payback on the investment in 3.7 years.

Deanna Martin, ASHE communications director, says that energy savings can be achieved with little to no cost to the health system, such as benchmarking outpatient and inpatient facilities, and evaluating lighting and HVAC systems that can be shut off during off-peak hours. To help facility managers get started, ASHE has developed the Energy to Care toolkit, which offers advice on how to implement energy-efficiency projects.

Creating a culture of energy efficiency